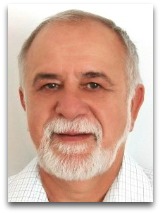 In hmolscience, Mladen Knezevic (1949-) is a Slovenian-born Croatian sociology and penologist noted, in social thermodynamics, for his 1999 general systems theory and thermodynamics framed local communities model.

Overview
In 1999, Knezevic, in his “Some Possibilities on the Use of General Systems Theory and Thermodynamic Theory in the Development of Local Communities”, theorized on topics such as parental social work, social boundaries, entropy, as well as energy and potential energy drawn and used interpersonally; the following is his abstract:

“Social work is analyzed from the view of general system theory as presented in works of J.G. Miller and thermodynamics theory, particularly the second axiom. Thermodynamics theory helps explain some life experiences in local communities from a wider prospective and provides a more complex understanding of dimensions of social work. Human’s desire for a universal idea to encompass the complexity of being and the environment in which we would like to live, as well as the one we are forced to live in, is a never-ending constant in human intellectual creativity. No theoretical trend, nor serious and comprehensive theory, whether of natural or social sciences, has such an aspiration, at its base. Religion is the only area of human intellectual endeavor in which this ideal has completely succeeded. Religion has come close to the struggle by recognizing the imperfections of human experience and of the infinite nature and completeness of the divine. That the soul is universal is deeply rooted in religious …”

The following is a representative excerpt: [1]

“Marginal groups which gather around themselves solid impermeable social boundaries succeed in their own activity by drawing potential and energy from each member.”

Knezevic uses a mixture of James Miller’s 1978 systems theory and thermodynamics logic, particularly the second law as described in the 1982 work Novi Savez by Belgian chemist Ilya Prigogine and Isabella Stengers, and the 1996 book Evolution, Order, and Complexity edited by Kenneth Boulding and Elias Khalil. [2]