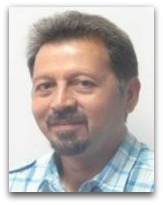 Overview
In 2011, Mohsen-Nia, in his JHT article “A Thermodynamic Methodology for Evaluating Friendship Relations Stability”, co-authored with Iranians human scientist F. Arfaei, thermodynamicist H. Amiri, and computer engineer A. Mohsen Nia, presented the results of a small relationship study, of different pairings of male and female co-workers, and discuss the results in energetic terms and attempt to explain interhuman relationship potential modeled on the Lennard–Jones potential: [1]

where for a molecular system, ε is the depth of the potential well, σ is the finite distance at which the inter-particle potential is zero and r is the distance between the particles.

To note, an independent attempt at a human thermodynamics formulation using the Lennard–Jones potential was done previously, in 1998, by Venezualian-born English chemical engineer Erich Muller in his article “Human Societies: A Curious Application of Thermodynamics”. [2]