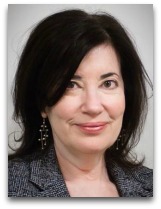 In hmolscience, Nancy Etcoff (1955-) (CR=8) is an American evolutionary psychologist noted for her 1999 book Survival of the Prettiest, an evolutionary psychology look at beauty (and its inverse relation to happiness), in which, among other things, she cites both the famous 1975 Dabbs-Stokes study on time-lapsed video recorded personal space volume expansions and contractions (see: volume change) of people, varying by beauty (and supposedly by power), encountering each other as passerbyers on sidewalks, and the 1974 “Body Height, Position, and Sex as Determinants of Personal Space” study of John Hartnett, Kent Bailey, and Craig Harley, both of which she summarizes as follows: [1]

“Tall people have bigger territories. When people are asked to approach stranger and stop when they no longer feel comfortable, they will stop about two feet away from a tall person (22.7 inches to be exact) but less than a foot (9.8 inches) from a short person. Very attractive people of any size are given bigger personal territory [space]; which they carry around with them.”

Etcoff’s TED profile page quote, based on the Gottman stability ratio, is the following: [2]

“The formula for a happy marriage is five positive remarks, or interactions, for every one negative.”

Etcoff’s work, in some sense, is comparable to thinkers such as David Buss and Matt Ridley in quality and content.

“Sex, number, and attractiveness may be regarded as aspects of power, which serve to dominate various amounts of space.”

Education
Etcoff completed her Med at Harvard and her PhD in psychology at Boston University, after which she completed a post-doctoral fellowship in brain and cognitive sciences at MIT. Currently, she teaches a course on the science of happiness at Harvard Medical School and is the director of the program in aesthetics and well-being at Massachusetts General Hospital. Her research tends to focus on evolutionary psychology views on happiness and beauty.