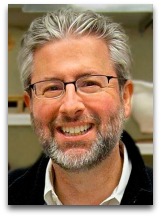 In hmolscience, Neil Shubin (1960-) (318- ME) is an American evolutionary paleontologist and anatomist noted for his 2006 announced discovery of the fish-amphibian (walking fish) like fossil Tiktaalik, the so-called "missing link" connecting evolution of aquatic dwellers to and animals, which resulted an amount of notoriety and two followup books: Your Inner Fish: a Journey into the 3.5-Billion-Year History of the Human Body (2008) and The Universe Within: Discovering the Common History of Rocks, Planets, and People (2013). 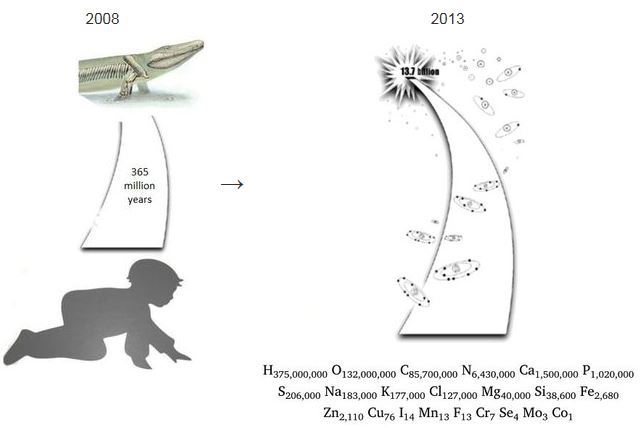 The following quote, from his Your Inner Fish, seems to capture Shubin's mindset, at least in 2008: [1]

“This [Tiktaalik] fossil is just as much a part of our history as the African hominids, such as Australopithecus afarensis, the famous ‘Lucy’. Seeing Lucy, we can understand our history as highly evolved advanced primates. Seeing Tiktaalik is seeing our history as fish.”

In 2013, in upgrade mindset, so to speak, Shubin gives the following

The salient issue, in the above statement by Shubin, are is his subtle use of the term "human body", which belies a some type of mind/body ignorance or issue side-stepping; whereas, correctly, if he would have said something to the effect of "this is formula of elements that make up one average human", there would be no confusion or side-stepping.

Difficulties on theory
A salient difficulty on theory, amid Shubin's collective books, is his 2013 molecular formula definition of a human, above left, which conflicts with his 2008 belief in a "first life" point in time, adjacent, being that the premise of making a collection of atoms come "alive" at some fixed point in time is a concept not recognized by physics and chemistry, as Charles Sherrington so aptly put it in 1938, an irreconcilability issue that caused Francis Crick, in his Of Molecules and Men (1966), to assert, which much foresight, that we must abandon the world "alive".

Quotes
The following are related statements and or quotes:

“I seek to understand the mechanisms behind the evolutionary origin of new anatomical features and faunas. The philosophy that underlies all of my empirical work is derived from the conviction that progress in the study of evolutionary biology results from linking research across diverse temporal, phylogenetic, and structural scales.”