In famous publications, New Experiments: Physico-Mechanical, Touching the Spring of the Air, and its Effects: Made, for the most part, in a New Pneumatical Engine is a 1660 letter (Ѻ) turned 1662 book published by Irish chemist Robert Boyle in which the first statement of what is now know as Boyle’s can be found, which declares that for a body of gas at constant amount and constant temperature the pressure of the gas will vary inversely with volume. [1] The book presented the results of experiments done on a pneumatical engine.

On 20 Dec 1659, Boyle dispatched the first version of a letter (Ѻ) to his nephew, Charles, Lord Viscount of Dungarvan, Eldest Son to the Earl of Corke, which marks the first draft publication of the outline of the book.

In 1662, Boyle, after conducting 43 experiments, turned his "spring of the air" letter into a book, entitled New Experiments: Physico-Mechanical, Touching the Spring of the Air, and its Effects: Made, for the most part, in a New Pneumatical Engine; the following, from the end section of this book, are is the experimental equipment used by Boyle and his assistant Hooke to conduct these experiments: 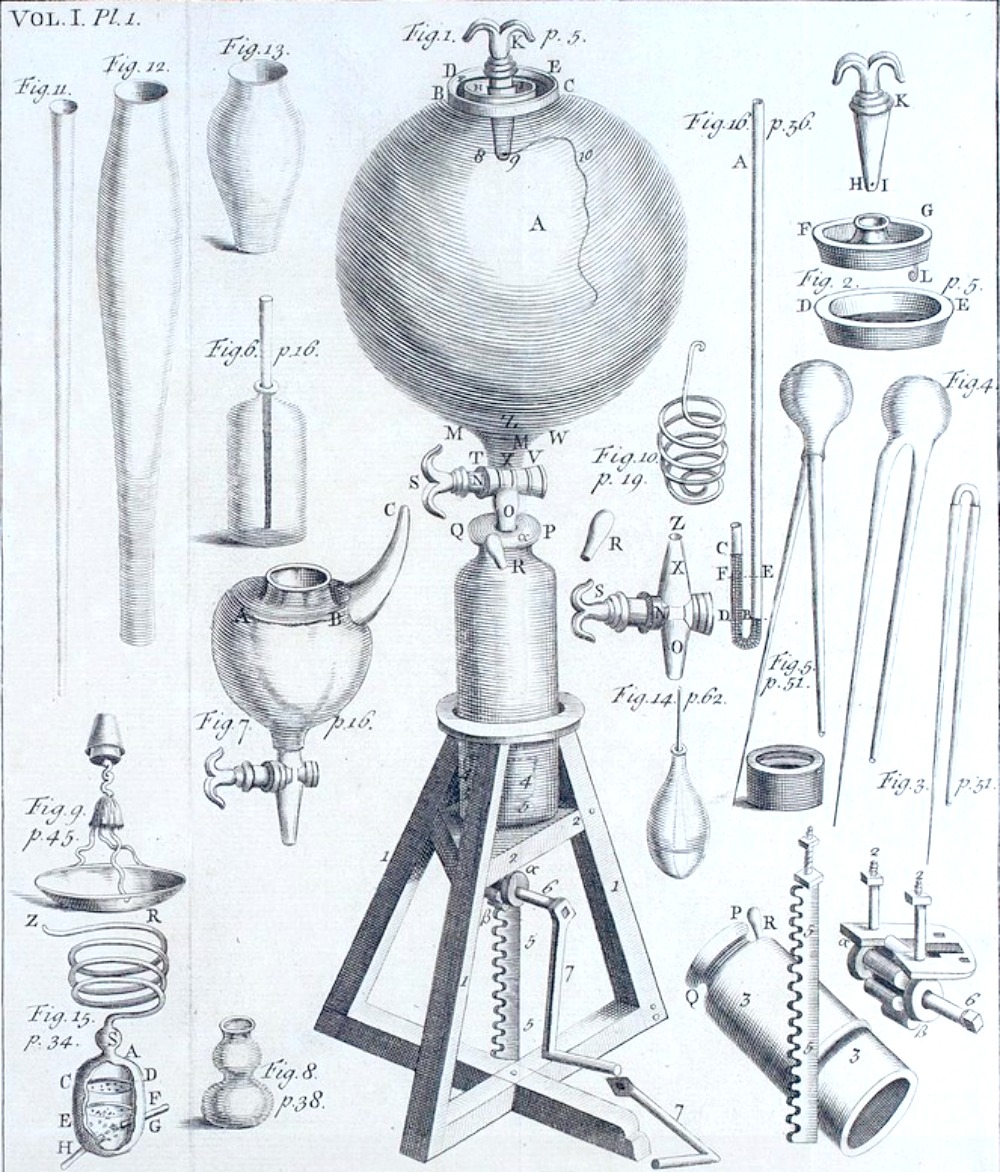 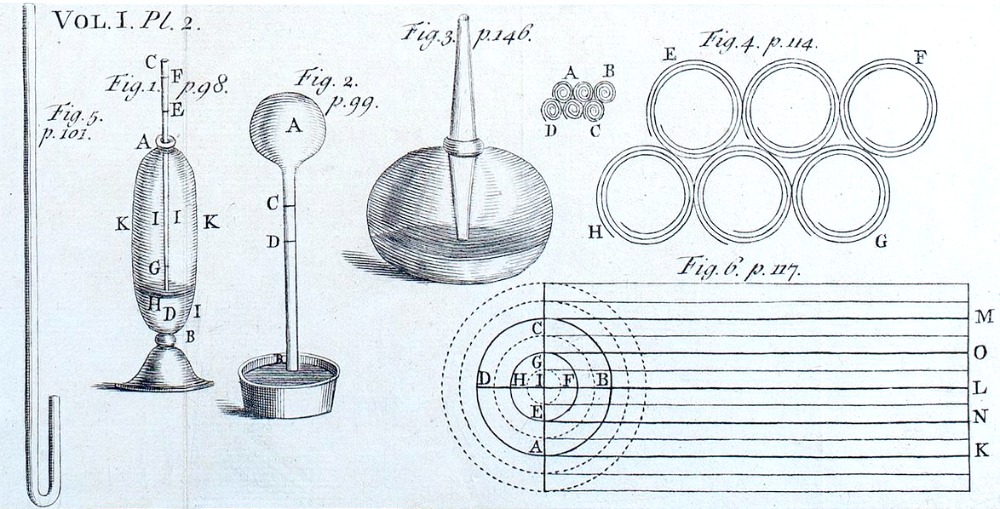 In 1662, in the appendix to the second addition, is where it the actual first enunciation of the Boyle’s law is found. Specifically, an appended second edition section A Defence of the Doctrine Touching the Spring and Weight of the Air, chapter V, entitled "Two new experiments touching the measure of the force of the spring of the air compressed and dilated", contains a statement of the Law in column six of the first table (on the condensation of air): [3]

“What that pressure should be according to the Hypothesis, that supposes the pressures and expansions to be in reciprocal proportion.”

Supposedly, among the critics of the views put forward in first edition was a scientist named Francis Linus (1595–1675), and it was while answering his objections that Boyle made his first mention of the law that the volume of a gas varies inversely to the pressure of the gas, which among English-speaking people is usually called after his name. The person that originally formulated the hypothesis was Henry Power in 1661. Boyle included a reference to a paper written by Power, but mistakenly attributed it to Richard Townley. This hypothesis is what is now known as "Boyle’s law" defined in modern shorthand as: [4]

which says that for a body of gas at constant number of particles n and temperature T the product of the measure of the pressure P and volume V of gas will be a constant K.

The relationship between pressure and volume was brought to the attention of Boyle by two friends and amateur scientists, English mathematician Richard Towneley and English physician Henry Power, who discovered it. Boyle confirmed their discovery through experiments and published the results. Boyle's law is based on experiments with air, which he considered to be a fluid of particles at rest, with in between small invisible springs. [5] The Spring of the Air had a great influence on other scientists, who built their own air pumps, and devised new experiments of their own.

External links
● New Experiments Physico-Mechanical, Touching the Spring of the Air and its Effects – Encyclopedia Britannica.