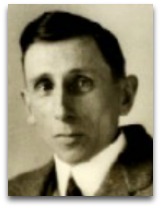 Potential | Kinetic energy
In 1924, Sims, in his Society and its Surplus: a Study in Social Evolution, outlined (pg. 6) the following view:

“The physicists’ terms, potential and kinetic energy, may be conveniently employed in describing social energy. By potential energy is meant that which is stored up, and in society this includes the people themselves, economic goods, culture or tradition, social structure and organization. Kinetic signifies motion or action, and in society which embodies all endeavor, activity, and effort or whatever sort such as work, play, worship, etc. Instead of using the terms potential and kinetic, we might more properly speak of social energy as capital and current.”

Sims, in short, as summarized by Howard W. Odum (1929), stated the following:

“Society is essentially a physical phenomenon. The people, economic goods, culture and tradition, and social organization are the potential energy of society, while all kinds of activity — work, play, worship, etc. — constitute the kinetic energy; and these two — potential energy and kinetic energy — combine to make up the sum total of social energy, as the two combine in the physical realm.”

This, interestingly, is kind of like a "social Lagrangian" model (see: Hamiltonian) and or the social cannon ball model.

Thing | Philosophy
Sims seemed to be digging at an explosion of an energy based thing philosophy; the following (pg. 3) is representative:

“It was the philosopher Lotze, I believe, who held that a thing is known by its activities. To determine how it acts through and through is, he declared, to arrive at a complete understanding of what it is. It would seem, however, that, contrary to the Lotzean point of view, the energies of a thing, provided they can be separately determined, furnish a better criterion of its nature than do its mere activities.”

Influence
Sims, in respect to influences behind his Society and Surplus, cites Auguste Comte, who he calls the “grandfather”, and Herbert Spencer, labeled the “father” of “sociology attempted physical interpretations of society”, aka physical sociology. Beyond this basic foundation, Sims (pg. ix) says the following: [4]

“The inspiration of this book, in so far as it can be traced to any direct sources at all outside of the author’s own mind, came in a direct measure from the writings of the Simon Patten, especially from certain chapters of The Theory of Social Forces and the New Basis of Civilization. It also came from a germinal idea found in an essay of Alvan Tenney [1976-1936] on ‘The Genesis of Individual and Social Surplus’.”

Life | Non-life
Sims, in respect to energy-based thing philosophy, stepping up the chain of being, switches from “life” to “non-life”, cites the ideas of vitalist Arabella Keanealy (1914), amid which he seems to side with materialistic siding monism, as follows:

“The thermic, lumic, chemic, electric, and radioactive are, however, specifically manifested through inorganic substances, and when we pass to the organic an old question which will not down rises in the query: do these forms also constitute the energy which is called ‘vital force’? Is life just heat, light, chemical affinity, electricity, and radioactivity, some one or some combination or complex of these forms and nothing more? We do not know the answer, but it is a safe assumption that no new form appears in the organic.”

“If, then, social energy is not to be distinguished from physical energy in general, the law of transformation of energy is obviously applicable.”

Sims, at this point (pg. 5), would seem to be siding with energy based materialism philosophy.

Education
In 1900, Sims studied history, with interest in theology, at Tri-State College, Indiana, where he took a sociology course which used C. Henderson’s and D.D. Richmond’s 1898 Social Elements (Ѻ) as the class text, where at in 1901 he completed an A.B. He then entered the seminary school at Transylvania University, where he absorbed medieval orthodoxy, and over the next fifteen years served as minister and preaching at churches at a number of places from Kentucky to Southern Ohio. Sometime thereafter he became a sociologist. [2] He completed a second A.B. at the University of Kentucky (1905), an an M.A. (1910) and a Ph.D. degree (1912) in Sociology at Columbia University and also studied at Union Theological Seminary (1908-1913). He became professor and head of the Sociology and Political Science Department of the University of Florida,1915-1920, and at Massachusetts Agricultural College, 1920-1924. He taught summer sessions at Simmons College School of Social Work (1923), at Amherst College (1922), and at Smith College (1923). By the time he came to Oberlin in 1924, Sims was already recognized as a pioneer in American Sociology, highly regarded for his substantial work in rural sociology and social change. He was a professor in the Oberlin College Sociology Department from 1924 to 1944 (emeritus, 1944-1965). [3]

Quotes | Employed
The following are quotes employed by Sims:

“Desire is the social force, and where there is no desire, no will, there is no force, no social energy. Civilization is the product of active social energy. Or, to use Ratzenhofer's terminology, there must be a lively interest or there can be no achievement. It is this innate interest (angeborenes Interesse) that makes men fight and conquer and struggle. It is the same that makes them undertake voyages of discovery in search of golden fleeces, or El Dorados, or Northwest Passages. Interest impels mankind to explore, to migrate, to invent, to labor, to produce wealth, to seek knowledge, to discover truth, to create objects both of use and beauty — in a word, to achieve.”