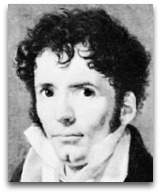 Quotes | On
The following are quotes on Chamfort:

“The aphorism as a deliberately cultivated literary form, as distinct from something said briefly, did not appear in European literature until the Renaissance, when the aphoristic writings of Erasmus, Michelangelo, Paracelsus and Bacon, but above all those of the line of French philosophers from Montaigne to Chamfort, bestowed on it the distinctive character by which we now recognize it.”

Quotes | By
The following are quotes by Chamfort:

“A witty woman once told me something which may well be the genuine secret of her sex: that in choosing a lover each one of her kind takes more account of how other women regard him than of how she regards him herself.”

“The art of the parenthesis is one of the great secrets of eloquence in society.”

“Petty souls are more susceptible to ambition than great ones, just as straw or thatched cottages burn more easily than palaces.”