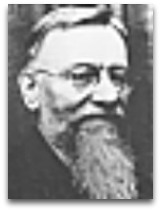 In human physics, Nicolas Rashevsky (1899-1972) was a Russian-born American theoretical biologist and sociologist noted for his 1935 article turned chapter "Mathematical Theory of Human Relations", in which, building on the physical biology work of American physical chemist Alfred Lotka, he attempts to derive mathematical equations for things such as ‘desire’ and ‘will’, in terms of concepts such as intensities and physical forces. In 1954, Rashevsky introduced the term "relational biology" for a the study of a type of non-reductionist version of biology.

Education
Rashevsky competed a doctorate in theoretical physics ‘while barely out of his teens’ (circa 1920) and soon became a regular contributor to international physic journals like the Zeitschrift fur Physik, publishing scores of articles on thermodynamics, relativity, and quantum theory.

In the late 1920s, he was working on the thermodynamics of liquid droplets at the research laboratories of the Westinghouse Corporation in Pittsburgh, Pennsylvania. He found that such droplets became unstable past a certain critical size, i.e. when the surface tension became too weak to offset diffusional and other forces impinging on the droplets, and would then spontaneously divide into two or more smaller droplets, something along the lines of a bifurcation, surface law, or Dunbar number type phenomena.

Rashevsky cell division anecdote
In a noted anecdote recounted to his graduate student Robert Rosen, sometime during his thermodynamics of liquid droplet division work, Rashevsky met a biologist from the University of Pittsburgh at some social occasion. In the course of the casual discussion, he asked the biologist whether the thermodynamic mechanisms on which he was working on was the way biological cells divide. Rashevsky was told:

Rashevsky, who was more of an ‘ideal’ physicist than a ‘contemporary’ one, found it outrageous that a material phenomenon (the division of biological cells) should so casually be put outside the pale of physics. This chance event turned Rashevsky to the study of biology and to establishing the material basis of basic biological phenomena in general. Rashevsky mission following this encounter, in his own words, was to completed: [2]

“The building up of a systematic mathematical biology, similar in its structure and aims to mathematical physics.”

Students
Some of Rashevsky's PhD students, at the University of Chicago, include: Robert Rosen and Anatol Rapoport. In 1948, Rapoport took over Rashevsky's course in mathematical biology, so that Rashevsky could teach mathematical sociology instead.