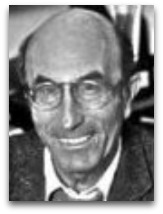 In hmolscience, Niklas Luhmann (1927-1998) was a German sociologist noted, in sociological thermodynamics, for the construction of a general theory of social systems, utilizing the logic of entropy, with special emphasis on modern society, logic stemming from the works of his mentor American sociologist Talcott Parsons, whom he had studied under at Harvard in 1961 during a sabbatical. In his work, however, in contrast to Parsons, Luhmann was to emphasize entropy, disorder, and communicative failure. [1]

Luhmann, together with French philosopher Jacques Ellul, were said to share a “systems” bias view of sociology, wherein the goal of a system is self-maintenance and the task of the systems analyst is to study how social processes and mechanisms forestall the end state of societal entropy. [2]

Luhmann’s influence in North American sociology began to expand in the mid 1980s due to the translation of his 1982 book The Differentiation of Society.