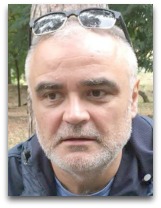 In existographies, Nikola Kajtez (1965-) is a Serbian philosopher, noted for []

Overview
In 2016, Kajtez, in his The Philosophy of Nature, published in Serbian and Russian, attempted to argue some type of spiritual and or supernatural interpretation of entropy; the following is the abstract: [1]

“No philosopher has addressed the entropy controversy so far, although this philosophically most important aspect of the nature of the universe has been described and explained by thermodynamics a hundred and fifty years ago! The spiritual situation of our time is still characterized by the lack of awareness of the disappearing world. Because of the ontological [see: ontic opening] consequences of thermodynamic principles, the phenomenon of entropy deserves to be introduced here not only as a philosophical term but also as a new philosophical category! Dealing with the knowledge of the inevitable destiny of the universe is the key to dealing with yourself and your entire existence. Underestimating this fact, entropy flows are supported. As the flow of time itself is disorganizing [see: entropy as disorder], the one who does not collect - is actually wasting. The only way to divert the natural path of things (as predicted by thermodynamics) is to, in addition to establishing a coherent unity of inorganic and organic, trace the connection with the supernatural (in this case, the supernatural need not be understood as something volitional, mysterious, esoteric in the traditional sense of the word. but as an integral part of an epistemologically expanded and deepened, refined, immensely diverse large chain of beings). If man is a being of cosmic integrity, by exploring the entropy of nature and the nature of entropy, he will come closer to understanding the origin and meaning of existence; if not - then there is nothing to be hoped for in either the knowing or the existential sense.”

In 2019, Kajtez, in his five-part video series “The Philosophy of Entropy”, presented an English-version of his ideas in storyboard form, which the subtitles as the "entropic nature of created systems"; the term "created" being code for creation and hence god. The following is his main platform:

“All systems are connected via a process of given and take. Every ‘event’ is entropic, destructive, devaluating. When something happens, a certain quantity of ‘value’ becomes unusable for all future events.”

This opening statement is incorrect, per reason that he is reading into the concept of entropy or the equivalence value of all uncompensated transformations the notions of "destruction" and "devaluation", which is not part of the formulation of entropy by Clausius; the following is his opening infographic: [2] 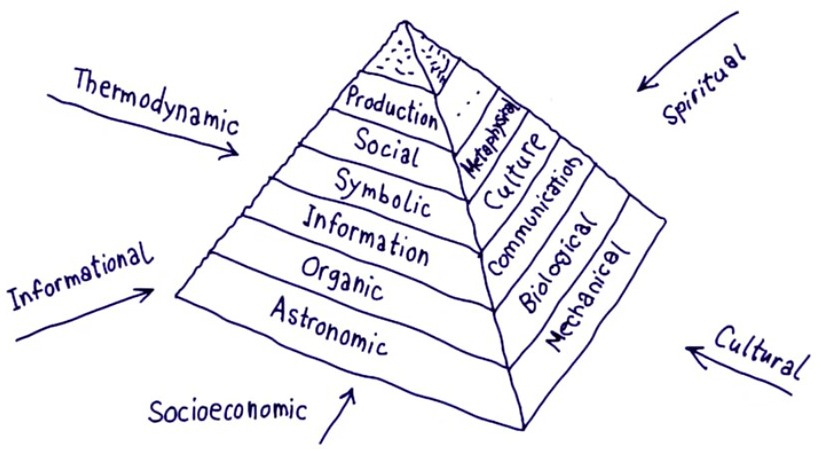 The gist of Kajtez's idea, baring prolonged digestion of his video series, and given limited translation of his work, seems to be the polemic of using information theory and the Heisenberg uncertainty principle, and no doubt free will, as ontic openings to argue that for the existence of some type of supernatural spirit or spirituality.

Quotes | By
The following are quotes by Kajtez:

“If civilization does not respect the broadest possible natural-cosmic context if it continues to calculate according to its local, egotistical framework alone, it will only hasten the final collapse, it will only further stoke, accelerate entropic currents.”