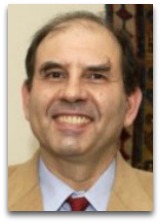 Overview
In 1997, Salingaros, in his “Life and Complexity in Architecture from a Thermodynamic Analogy”, wherein he attempted to outline a simple model, using ideas of Christopher Alexander, to estimate certain intrinsic qualities of a building, according to which the architectural temperature T is defined as the degree of detail, curvature, and color in architectural forms. The following is an example quote: [1]

“The connection between biological life and architectural life, as an organization of matter and energy of human actions, arises from thermodynamics.”