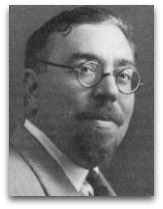 In existographies, Norbert Wiener (1894-1964) (IQ:170|#311) [RGM:1329|1,500+] (CR:98) was an American mathematician and computer machine developer notable for his 1948 information thermodynamics stylized development of the science of cybernetics, the subject of the set of problems centered around communication, control, and statistical mechanics (statistical thermodynamics), whether in machine or in a living organism, and for his 1950 book The Human Use of Human Beings, specifically chapter "Entropy and Progress", in which he theorizes about progress entropically. [1]

Overview
Wiener, in general, made a connection between "information", which he correlated with the degree of a system's organization, and the inverse of entropy, which translates with the use of a negative sign in logarithmic terms. [3] The thermodynamic part of Wiener's theory, being based on the weak footing of Austrian physicist Erwin Schrödinger's idea of negative-entropy, is generally considered as an off-logic extrapolation, but, however, one which has had historical impact.

In 1948, based on Schrodinger's overly-simplified descriptions of negative-entropy and life, Wiener postulated that "the notion of information attaches itself very naturally to a classical notion in statistical mechanics: that of entropy." [1] As such, Wiener argued naively that "just as the amount of information in a system is a measure of its degree of organization, so the entropy of a system is a measure of its degree of disorganization; and the one is simply the negative of the other." He continues "this point of view leads us to a number of considerations concerning the second law of thermodynamics, and to a study of the possibility of the so-called Maxwell demons." On this logic, he states that such questions arise independently in the study of the phenomenon of living matter, as metabolism and reproduction, and that a "third fundamental phenomenon of life, that of irritability, belongs to the domain of communication theory (cybernetics)."

In his 1950 The Human Use of Human Beings, Wiener outlined his general theory:

“It is my thesis that the physical functioning of the living individual and the operation of some of the newer communication machines are precisely parallel in their analogous attempts to control entropy through feedback. Both of them have sensory receptors as one stage in their cycle of operations: that is, in both of them there exists a special apparatus for collecting information from the outer world at low energy levels, and for making it available in the operation of the individual or the machine.”

He continues, “in both cases, these external messages are not taken in neat, but through the internal transforming powers of the apparatus, whether it be alive or dead …the information is then turned into a new form available for the further states of performance.” [2]

Cybernetics
Cybernetics proved attractive in many fields: it aimed to describe all systems in general because all systems ultimately were cybernetic, whether they were organic, mechanical, social or aesthetic. “Any organism is held together in this action by the possession of means for the acquisition, use, retention and transmission of information,” Wiener wrote, making information the raison d’être of any organism, whether a living being, built circuit or societal construct. Cybernetics’ implications extended to engineering, computer science, biology, philosophy, anthropology, art, architecture and even the organization of society—the direction of Wiener’s second book on cybernetics, The Human Use of Human Beings. [7]

Macy Conferences
One key reason for the spread was because of the Macy Conferences (1946–53), a core group that included Wiener, W. Ross Ashby, Heinz von Foerster, Gregory Bateson, Margaret Mead, John Neumann, and Buckminster Fuller, who gathered twice a year to explore the science of feedback in the social and biological sciences. The Macy Conference attendees sought to create models of the brain and of living organisms in logical systems, linguistic and information theory and with early computers. [7]

In commentary on his perspective of what defines “life”, with focus on machine life, Wiener states: [5]

“Certain analogies of behavior are observed between the machine and the living organism, the problem as to whether the machine is alive or not is, for our purposes, semantic … if we use the word ‘life’ to cover all phenomena which locally swim upstream against the current of entropy, we are at liberty to do so; however, we shall then include many astronomical phenomena … it is my opinion, therefore, best to avoid all question-begging epithets such as ‘life’, ‘soul’, ‘vitalism’, and the like, and say merely that machines [and] human beings [are] pockets of decreasing entropy in a framework in which the large entropy tends to increase.”


Freud | Gibbs
Wiener, supposedly, argued that there are points of contact between Sigmund Freud’s psychodynamic views and Willard Gibbs' statistical mechanics views, stressing that they both recognized chance as a basic element in the fabric of the universe. He also, supposedly, argued that in communication systems the crucial concept is information rather than energy, and that therefore Freud’s emphasis on libido was inappropriate. [6]

Education
Wiener was a forced prodigy, whose cadre includes successes: John Mill and William Sidis, of the many not-so successful attempts. (Ѻ)

In 1894, following his inception, his father Leo Wiener—a Harvard professor of Slavic languages—gave a press conference announcing that the child was to be turned through forced book reading into a genius. [9]

Norbert, in turn, was made into a child prodigy who completed his BS in mathematics from Tufts College at age 14 and PhD in mathematics from Harvard at age 18. During this period, while in the class of Harvard mathematics professor Edward Huntington’s (c.1909-11), Wiener commented about his 225+ IQ cited prodigy-peer classmate William Sidis:

“Both Sidis and I were in the class, and it was there that I first became aware of the boy's real ability and how great a loss mathematics suffered in his premature breakdown.”

During his first year of classes, Sidis left Harvard for some months because of a nervous breakdown shortly after having given his speech, at age 11, on four dimensional bodies. To note, Wiener's human thermodynamics theories, as found in his 1948 Cybernetics and 1950 The Human Use of Human Beings, are on par or comparible to those of Sidis.

Wiener studied under British mathematician Bertrand Russell during a fellowship at Cambridge in 1912. [4]

Religion
In 1963, seven months before his reaction end (death), Wiener published God and Golem, a short effort to outline his views on how science, cybernetics in particular, impinges on religion; gist of which seems to be an effort to elaborate on a updated machine version of the philosophical quagmires surrounding the older clay creation myth theory, which Wiener summarizes as follows:

“Rabbi Low of Prague claimed his incantations blew breath of life into the Golem of clay. The modern machine is the modern counterpart of the Golem of the Rabbi of Prague.”

The language of the book seems to indicate that Wiener some where between a believer and an agnostic in respect to belief in the existence of God, comparing the omnipotence of god to something like a mathematical infinity; employing the term “spiritual” without too much digression, etc. The following are noted quotes from the book: [9]

“On no account is it permissible to mention living beings and machines in the same breath. Living beings are living beings in all their parts; while machines are made of metals and other unorganized substances, with no fine structure relevant to their purposive or quasi-purposive function. Physics—or so it is generally supposed—takes no account of purpose. The emergence of life is something totally new. If we adhere to these tabus, we may acquire a great reputation as conservative and sound thinkers, but we shall contribute very little to the further advance of knowledge.”

Digital computer
In Sep 1940, Wiener approached Vannevar Bush with a proposal to build a digital computer based on binary. [8] Bush declined to provide NDRC funding for it on the grounds that he did not believe that it could be completed before the end of the war. The supporters of digital computers were disappointed at the decision, which they attributed to a preference for outmoded analog technology. Nearly three years later (Jun, 1943) the Army provided $500,000 to build the computer, which became ENIAC, the first general-purpose electronic computer.

“Where the knaves assemble, there will always be fools.”

— Norbert Wiener (1950), The Human Use of Human Beings: Cybernetics and Society (Ѻ)