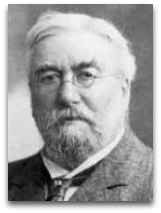 In hmolscience, Norman Lockyer (1836-1920) was an English astronomer noted, in human thermodynamics, for his 1868 articles with Scottish physicist Balfour Stewart on theology-siding energetics and for being the 1869 founding editor of Nature.

Overview
In 1868, Lockyer co-authored two articles, with Scottish physicist Balfour Stewart, on life in the context of thermodynamics and the solar system, the first being "The Sun as a Type of the Material Universe", they argued in favor of theology, arguing against materialism and social disorder, to the effect that the universe is a delicately balanced organism that can be directed by life without making life subject to its physical laws; in their second, entitled "The Place of Life in a Universe of Energy", they attempt to explain analogy in using the term energy, as well in the degradation of energy, in both the physical world and social world. [1]

Notes
Lockyer was the founding editor of Nature, the first issue of which he launched in 1869. Many of the early editions of Nature consisted of articles written by members of a group that called itself the X Club, a group of scientists known for having liberal, progressive, and somewhat controversial scientific beliefs relative to the time period. Initiated by Thomas Huxley, the group consisted of such important scientists as Joseph Hooker (warm pond model), Herbert Spencer, and John Tyndall, along with another five scientists and mathematicians; these scientists were all avid supporters of Charles Darwin’s theory of evolution as common descent, a theory which, during the latter-half of the 19th century, received a great deal of criticism among more conservative groups of scientists

In 1922, Lockyer penned the obituary for Danish civil engineer Ludwig Colding, noted for his 1843 theory of the imperishability of forces. [2]