(Unas Pyramid texts, 2500BC), symbolic of a pot (for water storage) and a water wave, or

, plus god symbol (man seated), plus some type of platform symbol, is the primordial land mound and god combined that arose from the chaos or flood of beginning out of which the sun god Ra was born bursting forth into the sky, bringing the first light to the world. Nun is often depicted holding aloft the solar boat or the sun disc. [1]

Nun originated in the 3100BC Heliopolis creation myth of a land mound arising following the original flood a theory based on the annual 150-flood cycle of the Nile river, at the end of which a fertile black soil called keme (pronounced 'chem') is left behind in the receding water. Hence, similar to the observed flood cycle of the Nile, it was hypothesized that there was one great primordial flood out of which a land mound arose, out of which the sun was born. 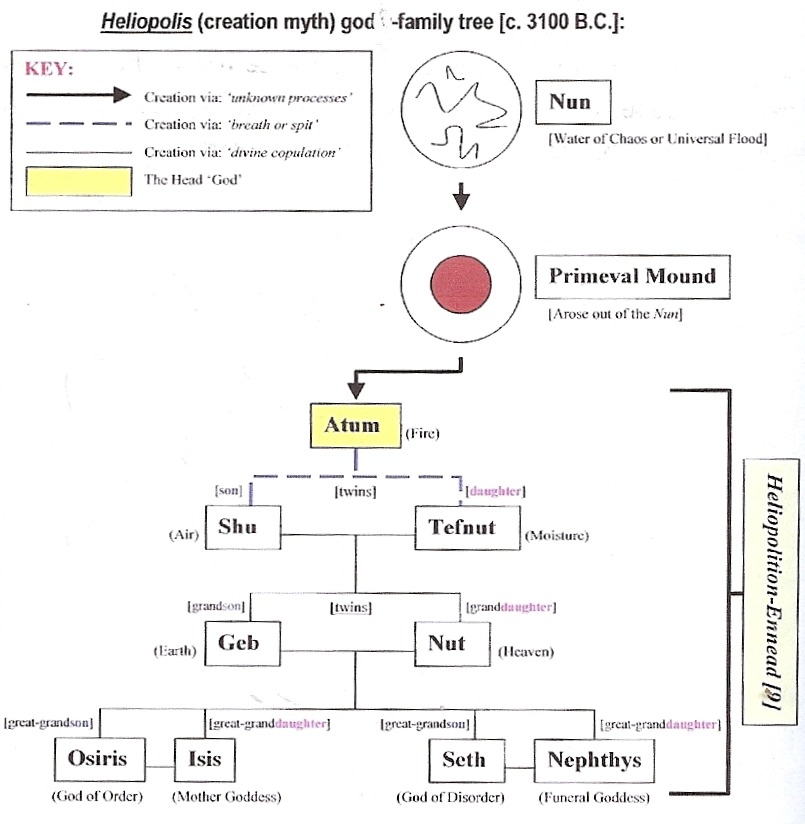 The following is an etching (Ѻ) of is Nu carrying the solar barque, containing Ra in the form of Kephri (Ra-Kephri), i.e. the sun disc, as it sails through the day sky, as found on a temple wall in Abydos, Egypt: (Ѻ) 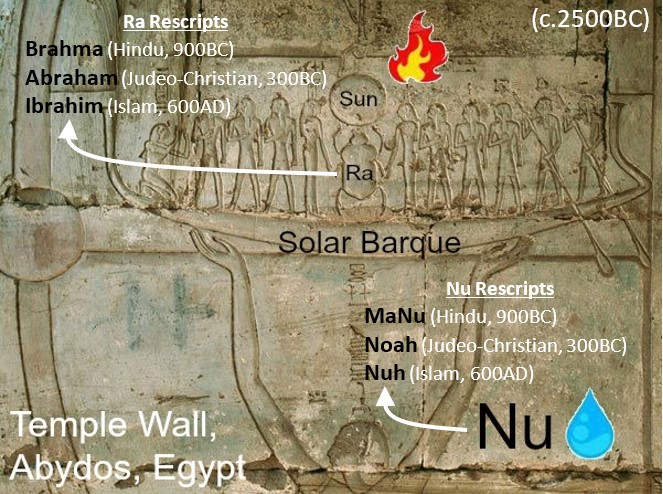 Father of Ra
The name of this sun or sun god came to be known as Ra, the son of Nun. Ra eventually came to be seen as the original progenitor of all life, hence the "father" to all humans, where after the full name of Ra was written in Hieroglyphics as:

although the original Egyptian association became lost or discarded through syncretism, although not enough to have covered up the overlap in stories of the latter two versions of the character (sister-wife issue, sacrifice of son faith test, Ma-Nu/Noah flood forefather, etc.)

In the scheme of the Hermopolitan Ogdoad (Hermopolis, 2400BC) theory, Nun was coupled to the primordial goddess Naunet, the pair epitomizing the primordial abyss, and Ra became a syncretism with the fire god Atum, called Re-Atum.