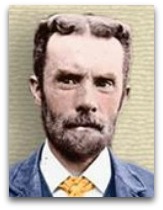 See main: What is entropy debate?

In 1903, Planck, in commentary on English electrical instrument maker James Swinburne’s articles, stated that: “Swinburne has written one of the best and clearest expositions of the subject that has ever been written, especially when he points out that nature never undertakes any change unless her interests are served by an increase in entropy.” [1] This metaphysical-sounding statement caught the eye of English self-taught electrical engineer, mathematician and physicist Oliver Heaviside, and prompted a letter which tells us, explicitly, something about his thermodynamic ideas, and of energy: [2]

“I should like to ask Professor Max Planck whether the view he expresses that ‘nature never undertakes any change unless her interests are served by an increase of entropy’ is to be taken with or without any particular reservation or with any special interpretation of ‘her interests’. My thermodynamic ideas are somewhat old-fashioned—viz., that there is invariably a dissipation of energy or loss of availability of energy due to imperfect or total want of reversibility in natural processes. This entirely agrees in effect with the way of expressing things in terms of increase of ‘entropy’, although that subtle quantity is certainly ‘ghostly’ (see: ghostly quantity), and is somewhat too evasive to be regarded as a physical state even though it be a function of the physical state referred to a standard state. But the question is how the interests of nature are served by imperfect reversibility? Planck’s words suggest a choice on nature’s part, as if nature had any choice. Goethe said god himself could not alter the course of nature. That was truly scientific. Then, again, what are to be considered the interests of nature? Are we to take exactly things exactly as we find them, and define the interests in that way? If so, it carries us no further. Or is there a theorem of greatest entropy, showing how any variation from the proper course of nature would tend to reduce the rate of increase of the entropy?”

Planck replied promptly with a sharp rejection of Heaviside, at first dismissing the ‘ghostly’ business: [3]

“Whether entropy has any ‘ghostly’ attributes, is a question I will not open, but I am for the present quite content to know that it is a quantity which can be measured without ambiguity.”

Maxwell’s equations
In 1918, Heaviside wrote of his obsessive need to absorb Maxwell’s writings: “I saw that it was great, greater and greatest, with prodigious possibilities in its power. I was determined to master the book and set to work … It took me several years before I could understand as much as I possibly could. Then I set Maxwell aside and followed my own course. And I progressed much more quickly”; the result of which, he was able to condense Maxwell’s equations with 20 variables down to just two equations in two variables; he played a significant role in the Gibbs-Heaviside vector algebra method supplantment of the older less-congruous Hamilton-Tait quaternion method.

Education
Almost entirely a self-taught genius: although he went to school until age 16 and finished fifth among more than 500 candidates for a College of Preceptors Examination given in 1865, he had no formal education after this point.

Quotes | On
The following are quotes on Heaviside:

“After writing the papers just discussed here, Carstoiu discovered a very extraordinary note of Heaviside (1893), where he suggests for gravitation a set of equations very similar to Maxwell's electromagnetic equations and Carstoiu's formulas. Heaviside shows that these equations require the introduction of a second field, analogous to the magnetic force; this is Carstoiu's vortex Ω. It is very strange that such an important paper had been practically ignored for so many years, but the reader may remember that Heaviside was the forgotten genius of physics, abandoned by everybody except a few faithful friends.”