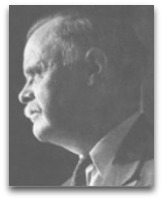 Overview
In 1935, Reiser, in his Philosophy and Conceptions of Modern Science, comments that he plans to carry the work of American chemist Edwin Slosson, in applying the second law of thermodynamics to the study of human history, “a step forward”. In this book, Reiser also devoted a section to the social energetics, i.e. those who brought physical chemistry methods to bear on social problems, such as Wilhelm Ostwald, Henry Adams, and Thomas Carver [1]

In 1940, Reiser helped to introduce the subject of "scientific humanism" in his book The Promise of Scientific Humanism, in which he discusses, for instance, how the behavior of living matter, as defined by the laws of thermodynamics, compares to molecular behavior. [4]

In commentary on Italian engineer Vilfredo Pareto’s conception of human society as a system of molecules undergoing various combinations in space and time, stated that ‘some critics might like to raise the question of how it is that if we, as individuals, corresponding to the molecules of a gas we can know anything of the total state’. He argues that, ‘as constituents of a statistical ensemble we see what happens within the system, but only a super-observer could note from without those changing combinations which constitute the cultural patterns’. He concludes, ‘the impossibility of such a human super-observer would seem to place a limitation upon the possibility of a science based on such assumption.’ [1] Here, Reiser uses the term 'super-observer' as a synonym for what American chemical engineer Libb Thims classified as the advanced intelligence perspective mode of viewing humanity. [2]

Education
Reiser was a professor of philosophy at the University of Pittsburgh for fifty years and was said to have been a friend of Albert Einstein. [3]

Other
His other works include the 1958 Integration of Human Knowledge and the 1966 Cosmic Humanism, a theory of the eight-dimensional cosmos based on integrative principles from science, religion, and art, the latter of which he is best-known for.

“The problem of the origin of life is one of the oldest enigmas with which the human mind has been concerned; and yet it is a problem which is ever-recurring, seemingly as insurgent as life itself.”