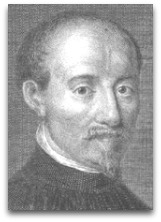 Overview
In 1606, Sarpi was employed, in Vienna, as a government theological consultant.

In 1607, Sarpi was excommunicated, supposedly, for publishing descriptions of the universe that left no room for god or anything supernatural, and that “the end of man is to live, just like any other living being”. [1] He argued that the human sense of god comes from ignorance and frailty, i.e. that it is about human needs, but that these needs can be transcended. He argued that intelligent people can see past the myths of religion and have moral existences without fear of god or death. [2]

When Sarpi was investigated by the church, he was then believed to have been the “head of an atheistic company” located in Venice; he is said to have reported that there were many atheists in Venice. [2]

Quotes | On
The following are quotes on Sarpi:

“Sarpi is the most deep and general scholar of the world.”

“A thoughtful historian tells us that, between the middle ages and the nineteenth century, Italy produced three great men. As the first of these, he names Machiavelli, who he says, ‘taught the world to understand political despotism and to hate it’; as the second, he names Sarpi, who ‘taught the world after what manner the holy spirit guides the councils of the church’; and as the third, Galileo , who ‘taught the world what dogmatic theology is worth when it can be tested by science’.”

“Sarpi was one of the two foremost Italian statesmen since the middle ages, the other being Cavour.”

Quotes | By
The following are quotes by Sarpi:

“I am a chameleon has to wear a mask like everyone else in Italy.”

“To give us the science of motion, god and nature have joined hands and created the intellect of Galileo.”