In engines, Papin digester (TR:22) or Bone digester, was a type of pressure cooker the liquefied bones and other hard materials via high heat and pressure conditions.

Overview
In 1679, French engineer Denis Papin invented what he called a "digester or engine for softning bones", aka "bone digester", or Papin's digester as it later came to be called. [1] The following is a 1681 version of the details of the digester: (Ѻ) 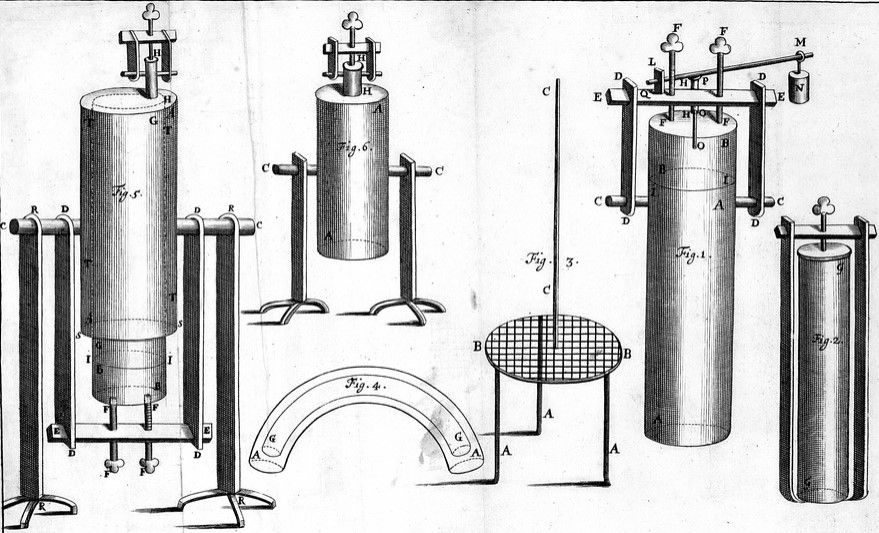 It is said that by watching the steam release valve bob up and down that Papin conceived of the design of the steam engine, the Papin engine, as outlined in his 1690 memoir "A New Method to Obtain Very Great Motive Powers at Small Cost." [2]

“I went this afternoon with several of the Royal Society to a supper which was all dressed, both fish and flesh, in Monsieur Papin’s digestors, by which the hardest bones of beef itself, and mutton, were made as soft as cheese.”