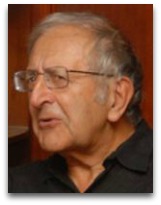 In existographies, Paris J. Arnopoulos (c.1935-) (SNE:11) (CR:33) is a Canadian political scientist and semi-polymath noted for his 1993 book Sociophysics, in the field of sociophysics, in which he attempts to use ‘powerful physics metaphor’ to speculate on topics such as force, heat, energy, field, potential, bond, temperature, volume, pressure, entropy of societies. [4] The books seems to be well-researched, as Arnopoulos uses the term thermodynamics on twenty pages, and entropy on sixty pages, citing German physical chemist Wilhelm Ostwald's energetic imperative, among numerous other topics.

Purpose | States
On the question of purpose, individuality, and system function, Arnopoulos directs or deflects the question to initial state and final state distinction: [8]

“In considering the function of a system, one also gets involved with questions of role and purpose. These try to find the instrumentality of systems by determining their priority in the chain of causality. In this respect, one can distinguish between original and final states in the system’s function.”

Arnopoulos, in his section on pressure, states that: [1]

“Hot societies have a more mobile or energetic population than cold ones.”

Historically, hot society and cold society models trace back to the 1959 hot / cold societies models of Claude Levi-Strauss, whom Arnopoulos cites; if not before to the work of Emile Durkheim. (Ѻ)

The following is a rather decent quote by Arnopoulos in regards to the field particle exchange force nature of human chemical bonding: [1]

“All entities, whether fermions or humans, need some mediating agency to interconnect them into systems. This indispensable interrelating and interacting role is ultimately played by different field particles named bosons. Unlike fermions, which are characterized by a significant mass and charge, bosons do not take partake of these to attributes. Rather, they only have spins and provide connections as they are exchanged among fermions. Such exchanges are of three kinds: weak or strong nuclear, electromagnetic, and gravitational. The first exist by sharing gluons and thus hold together the atomic nucleus. The second take place by exchanging photons and thus explain most of our ordinary phenomena. The third operate by the displacement of gravitons and thus provide the overall attraction between everything in the universe. Similar phenomena occur up the ontological ladder to describe social, as well as atomic and galactic bonding. Societies, like all systems, are held together by certain ties of varying strength and extent.”

This is a quite cogent statement about human bonding, in some sense near parallel to American electrochemical engineer Libb Thims' 2007 formulation of the same, in regards to the exchange force nature of human bonding and human dynamics. [5]

Mind | Matter
Arnopoulos, on the seeming mind from matter topic, has the following to say: [8]

“The traditional ontological dichotomy between matter and mind may be explained, perhaps in an oversimplified way, by the fundamental difference between quarks and leptons. Ideas are basically systems of electrons, rooted in the quarks of the brain. From the simplest symbol to the most complex theory, mental entities arise from the most various activities of material elements; at the same time as they in turn affect their material hosts. Mind and matter are thus interrelated to various degrees, as exemplified in human beings.”

Origin
Arnopoulos states that his Sociophysics originated in the early-1980s amid the rise of the application of general systems theory, chaos theory, and quantum mechanics to the natural sciences and in turn and in part to the social sciences. Different aspects of his study into sociophysics, were presented and debated as papers in various conferences throughout the world, UNESCO, Paris, United Nations University, Tokyo, Social Development Institute, Sri Lanka, International Society for Systems Theory and Cybernetics, Germany, Institute for Social Philosophy, Italy, among about five others. A first draft was put together in the mid-1980s. The draft was tested in a seminar on macropolitics at Concordia University; a revised draft served as a basis for course on world affairs, at California State University, Hayward, in 1991, and Florida International University, Miami, in 1993, and published as a first edition that year. In 2005, a soft-cover second edition was produced, with content largely unchanged, to help widen the audience. [1]

Quotes | Cited
The following are noted quotes cited by Arnopoulos:

“In modern time, there has been a disintegration of the intellectual community, due mainly to the proliferation of scientific discoveries and the accumulation of information, which has resulted in a tremendous fragmentation of knowledge and a compartmentalization of the scientific estate. The cultivated encyclopedia scholar or renaissance man has thus joined the ranks of the endangered species.”

“Condorcet’s and Quetelet’s social physics, as well as Bagehot’s Physics and Politics, provided the outstanding attempts which began with the new-Platonists and culminated with the neo-positivists.”

“Sociophysics is a combination of natural and social science theories, using powerful physics metaphors as an inertial guidance system.”

“Present knowledge rests on the foundation of physics, which will be used to support our contentions herein. Accordingly, we admit the postulate that reality may ultimately be reducible to certain elementary particles. It is they eventually make up everything, from the most banal material things to the most exalted ethereal ideas. These particles, named fermions, are of two kinds: leptons and quarks. The former, of which electrons are the most prevalent example, are very antisocial in that they exist alone; while the latter are quite sociable and so are always found in groups. Quarks combine to form protons and neutrons, which make up the atomic nucleus. As the fundamental units of matter, various combinations of atoms, composed of nuclei and revolving electrons, build up all material structures, from molecules and cells, to planets and stars. In between, there is the realm of human society with its own kind of individual and collective entities.”

“Many philosophers, from Heraclitus and Empedocles to Hobbes and Locke, consider physical attraction and repulsion to be the primary sources of love and hate.”

“When we move from the [socio-] mechanical to the [socio-] thermal phenomena of energy, we rise from the atomic ‘billiard ball’ interaction to the molecular ‘chemistry set’ reactions. Unlike the former, the latter do not consider relations simply on the basis of mass, distance, and velocity, but rather temperature, pressure, and volume. The importance of a particular position is therefore, replaced by that of a substantive composition. The physical motion of bodies is replaced by the chemical reactions of compounds [sociomasses].”