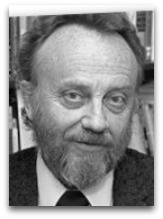 In hmolscience, Paul Bohannan (1920-2007) was an American anthropologist noted, in anthropological thermodynamics, for his 1995 book How Culture Works, wherein he attempts to extend the works of Leslie White, Alfred Kroeber, etc., speculating on things such as: action chains, cultural heat, cultural temperature, cultural dynamics, among others.

Overview
In 1995, Bohannan, in his How Culture Works, section "Transformation", attempts to outline the difficulties involved in the application of thermodynamics to the study of cultural transformation, such as how transformations are studied in physics, discussing concepts such as “cultural temperature”, etc; the following is an example quote: [1]

“Adapting thermodynamic ideas to the study of culture is limited by a very simple fact: nobody has yet figured out what might be the cultural equivalent of heat or energy … nobody has yet found the ‘heat’ or the ‘energy’ in cultural matters … the concepts of ‘cultural temperature’ (see: social temperature) to refine our understanding of ‘cultural heat’ (see: social heat) have not yet appeared. This is one of the most pressing problems for the next generation of anthropologists, and the difficulties are profound.”

Bohannan also outlines a chapter on what he calls “cultural dynamics” based on the postulate of the existence of ‘action chains’; which, in a modern human chemistry sense, might be equivalent to mechanism steps in a series of human chemical reactions.

Education
Bohannan completed his undergraduate work at the University of Arizona, withstanding a brief hiatus in the army during World War II. As a Rhodes scholar, he then completed his PhD in philosophy at Oxford in 1951. Bohannan spent several years studying the Tiv tribe in Africa during the years 1949 to 1953, where he lived in a mud hut without plumbing, learned the Tiv language, and documented the customs and culture of the tribe, then numbering 800,000. [2] He then taught at Princeton University until 1958. From 1959 to 1975 he taught at Northwestern University, Chicago, where he focused on economic anthropology. Thereafter, he taught at the University of Santa Barbara and ten became professor emeritus of anthropology at the University of Southern California. [3]

“What we are lacking right now is ways to index human experience—ways like turning ‘heat’ into ‘temperature’, which allows new kinds of measurement and comparison.”