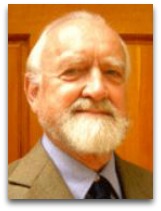 In science, Paul Alfred Colinvaux (1930-) (GS:2) is an English-born American zoologist and ecologist noted, in chnops-thermodynamics, for his 1979 book Why Big Fierce Animals are Rare in which uses the second law of thermodynamics to argue that big meat-eating animals are rare because the available energy in each step in the food chain is degraded. The following is an example quote: [1]

“The size and ferocity of real-life predators is restricted to the scale of a tiger, and even these must also be rare. The second law of thermodynamics says so.”

Colinvaux’s basic argument, which amounts to essentially verbal thermodynamics, is that each step in the food chain contains a certain energy amount in calories and that because one variation of the second law implies a degradation of available energy in any process, that would apply to the transmission of energy in the food chain.

Food chain thermodynamics
While Colinvaux may be oft-cited as the person who popularized the notion that big animals are rare because of the second law, it was American ecologist Raymond Lindeman (1942) who, building on Charles Elton’s “food chain” model (1927), or the so-called "Eltonian pyramid" of number of animals by size in a given ecosystem, diagrammed as follows, for floor-fauna invertebrates of the Panama rain forest (from E.C. Williams, 1941): [2]

put forward the so-called “ten percent law”, or energy pyramid model, for the transfer of energy from one trophic level to the next, according to which he asserted that in the transfer of organic food from one trophic level to the next, only about ten percent of the organic matter is stored as flesh—the remaining is lost during transfer or broken down in respiration: [3] 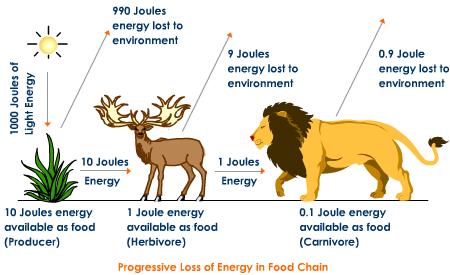 This conceptual model, along with the energy mechanisms of photosynthesis, is typically the basic amount of so-called thermodynamics the typically person is taught in school.

Education
Colinvaux completed his BA (1956) and MA (1960) at the Jesus College, Cambridge England. He completed a PhD from Duke University in 1962. In 1964, he became a professor of zoology at Ohio State University, a position he held till retirement.