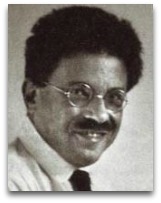 In thermodynamics, Paul Ehrenfest (1880-1933) was an Austrian physicist, noted student of Ludwig Boltzmann of the Vienna school, noted for his 1911 Ehrenfest model (dog flea model) of the multiplicity function, developed with his wife Tatyana Ehrenfest, of the second law in terms of probability [1] Ehrenfest, like is mentor Boltzmann, followed in the footsteps of founders of thermodynamics and suicide exits.

Economic thermodynamics
Ehrenfest was also said to have been interested in developing mathematical theories in economics, stimulated by his notion that there should be an analogy between thermodynamics and economic processes. While this did not result in publications, he did encourage his graduate student Jan Tinbergen to follow up on this. Tinbergen's 1929 thesis “Minimization Problems in Economics and Physics” was devoted to problems both from physics and economics, and he went on to become an economist and was awarded the 1969 Nobel Prize in economics.

Suicide
In 1933, at the end of Niels Bohr’s annual Meeting, in September, Ehrenfest confessed the following to Paul Dirac: [2]

“What you have said, coming from a young man like you, means very much to me because maybe, a man such as I feels he has no force to live.”

Then, after he made arrangements for the care of his other three children, on September 25 he first shot his Down syndrome son Wassik, then shot himself.