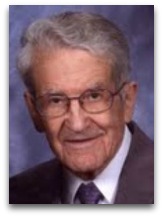 “It should be obvious that family, not the individual, is the real molecule of society, the key link of the social chain of being. The family [is] the societal germ or ‘molecule’ that Nisbet proclaims”.

In another instance, he states:

“The family is the social molecule, it is not the first instance because it produces and socializes the young, but because it is the cradle of covenanting freedom. The often life-long trauma experienced by children of divorces testifies to the germinal (or molecular) significance of pair-bonding in the creation of the human.”

Most of his reasoning seems, however, to be used in loose metaphor. Below is one example:

“To put the matter metaphorically, only when the family molecule begins to dissolve into individual atoms can the rational reconstruction or resynthesis that we call modernization be undertaken.”

Religion
Much of Peachey’s writing, to noted, is soaked-through with discussions on Christianity, particularly it seems with his theory that the marital bond has some sort of divine significance to it. The following is his associate American pastor Harvey Yoder’s 2012 obituary synopsis of his divine marital bond theory: [3]

“One of our common interests was the state of marriage and the family, both in the church and in society as a whole. I was especially interested in one of his most recent books, Leaving and Clinging, the Human Significance of the Conjugal Union. Here he makes the case that we humans are created to experience marital bonds that are even stronger than our blood family ties. Because of the universal taboo against incestuous relationships, we leave our parents and “cleave” to our spouse in order to form a united pair—for purposes of perpetuating the race and passing on our values and way of life. I was especially intrigued by how this sign of divine wisdom results in each generation developing new ties with others, creating a network of societal bonds that would never happen if families procreated with their immediate kin. This means makes forming strong marital bonds extremely important for nurturing stable families. We can’t have the latter without stable forms of the former.”

Education
Peachey states that he began writing after his academic retirement in 1987.

References
1. Peachey, Paul. (2001). Leaving and Clinging: the Human Significance of the Conjugal Union (ch. 1: “The Marital Bond as the Human Molecule”, pgs. 3-20). University Press of America.
2. Peachey, Paul. (2006). Building Peace in Civil Society: an Autobiographical Report from a Believers’ Church (Section: “Surmounting the Family: the Quest for the Human Molecule”, pgs. 89-98). Council for Research in Values and Philosophy.
3. Yoder, Harvey. (2012). “A Sage and a Scholar”, HarvYoder.Blogspot.com, Aug 26.