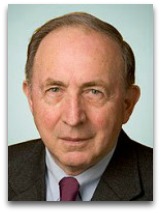 Overview
In 2005, Strassmann gave a 47-minute talk entitled “Information Management and Organizational Entropy”, in which he discusses his views on the relationship between IT spending, disorder, organization, and structural entropy in the informational infrastructures of companies. The following is the opening synopsis from the lecture: [1]

“The whole evolution of mankind is one of increasing level of ordering relationship in creating complexity. Thermodynamics tells us that entropy or the lack of organization is the nature of the universe and that organization will [tend to] disintegrate or dissipate unless [made to be] organized. The same theory, in fact, of entropy, in application of the laws of physics, was applied by Claude Shannon to the fundamental principle of information theory. That is really the issue today of what information management is all about.”

In his 2007 book The Economics of Corporate Information Systems, he comments further on this view in stating that in the structure of the tooth-to-tail ratio of an organization, “tooth” being the employees at the front end of the company “tail” being the overhead staff, middle managers, support structure, etc., the tail is “always the source of disorder”, representing a loss of useful energy (available energy), and thus the focal location of the second law of thermodynamics at work within any company. [2] Strassmann’s entropy theories, to note, seem similar, albeit in a different spin, to other corporate entropy theories, such as Tom DeMarco and Timothy Lister’s 1987 peopleware view of red tape and corporate entropy. [3] Strassmann, however, seems to acknowledge only Claude Shannon in his understanding of entropy.