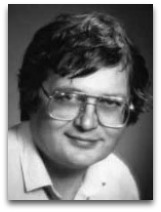 In human physics, Per Bak (1948-2002) was a Danish theoretical physicist noted for his 1988 sand pile model of self-organized criticality, in which he argues that the complex behavior in nature reflects the tendency of large systems with many components to evolve into a poised “critical state” way out of balance, where minor disturbances may lead to events called avalanches or catastrophic events. Bak argues that the evolution to this very delicate state occurs without design from any outside agent and that the state is established solely because of the dynamical interactions among individual elements of the system: the critical state is “self-organized”, as he sees it. Bak extends his model to the human sphere of activity, in particular economics, in his 1996 book The Way Nature Works.

Bak’s sand pile
Into the early 1990s, “bak’s sand pile”, as many called it, was posed as a leading contender for those seeking a grand theory to explain the nature of complex systems. [3] To explain his model, Bak gave the analogy of a child’s sand pile, in which a child builds a sand pile by dropping sand grains on a specific location. In the beginning, according to Bak, the pile is flat, and the individual grains remain close to where they land. There motion can be understood in terms of their physical properties. As the process continues, the pile becomes steeper, and there will be little sand slides.

As time goes on, the sand slides become bigger and bigger. Eventually, some of the sand slides may even span all or most of the pile. At that point, the system is far out of balance, and its behavior can no longer be understood in terms of the behavior of the individual grains. The avalanches form a dynamic of their own, which can be understood, according to Bak, from a holistic description of the properties of the entire pile rather than from a reductionist description of the individual grains. In Bak’s view the sandpile is a ‘complex system’ which can be extended to the idea that the sand grains are either atoms or people, depending on which way one wishes to extrapolate.

Influence
Bak’s critical state sandpile model was extended in the domain of explaining critical states in the course of social evolution, such as starts of world wars, in the 2000 book Ubiquity: Why Catastrophes Happen by American physicist Mark Buchanan. [4]

Education
Bak completed his PhD in 1974 at the Technical University of Denmark after which he began working in the area of theorizing about condensed matter, such as how particles interact to produce phenomenon like magnetism or crystallization or phase transitions such as when an insulator suddenly becomes a conductor of electricity or when water freezes into ice. This led him to the more general question of how order emerges from disorder and how, in turn, structures can unexpectedly collapse. [3]