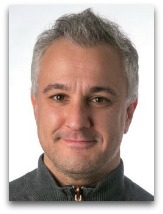 Overview
In 2012, Boghossian, in his “Jesus, The Easter Bunny and Other Delusions: Just Say No!”, a talk given to the Freethinkers of Portland State University, argued that faith will not lead to the truth and that he is a non-relativist, meaning that he does not believe that all truths are relative. [1]

In 2013, Boghossian, in his A Manual For Creating Atheists, outlined a “friendly persuasion” (Dawkins, 2013) of interacting with theists in respect to evangelical atheists attempting to get theists to question their faith. [2]

Quotes | Employed
The following are quotes employed by Boghossian:

“When you’re inside the religious bubble everything makes sense.”

— Michael Shermer (2013), “Foreword” to Peter Boghossian’s A Manuel for Creating Atheists (pg. i2)

Quotes | On
The following are quotes on Boghossian:

“I read The God Delusion, God is not Great, Infidel, and several other books and became comfortable with being an atheist. My ability to talk and reason to theists, however, evolved rapidly when I read A Manual to Create Atheists by Peter Boghossian. Instead of using Biblical arguments, looking for contradictions, or attempting to debunk wild arguments for god, I realized that most of religious belief is based on the cornerstone of faith. Faith generally means belief without evidence, but in the case of religion - it is ‘pretending to know something you don’t know’. Do theists really pretend? No, but in the context of putting virtue into the epistemology of faith - people tend to reduce their critical thinking and look for signs to match their cognitive bias. When looking for examples of god working in your life, you’ll find something that seems to make sense. Keeping tempers low, and minds open, questioning faith is about questioning whether one can really be super confident when an epistemology leads to various conclusions.”

Quotes | By
The following are quotes by Boghossian: