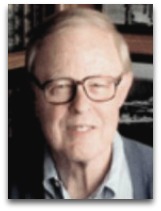 Overview
In 1981, Corning, in his The Synergism Hypothesis: A Theory of Progressive Evolution, began to discuss a mixture of: energy, thermodynamics, cybernetics, James Miller’s systems theory, Howard Odum, Elizabeth Odum, Herbert Spencer, Alfred Lotka, Leslie White, Ilya Prigogine, among others to argue for a “synergy” based theory of evolution. [4]

In 1998, Corning was publishing articles on thermodynamics, information, and life, therein discussing ideas on entropy, thermoeconomics, and discussions on synergy, bioeconomics, and cybernetics in the context of evolution. [1]

In 2003, Corning, in his Nature’s Magic: Synergy in Evolution and the Fate of Humankind, his most popular book, having gone through seven-editions, penned an end chapter on the application of thermodynamics, by those as Ilya Prigogine, Harold Morowitz, Erwin Schrödinger, Pierre Teilhard, Stuart Kauffman, etc., to the humanities and history. [2]

Difficulties
Corning’s understanding of thermodynamics, to note, seems to be very skewed and incorrect, as exemplified by the following quote:

“Evolution is not simply an epiphenomenon of a few fancy laws. To illustrate, in physicist J. Willard Gibbs’ classic formulation of the second law of thermodynamics, no fewer than 11 real-world constraints, including gravity and various other physical forces, have to be set aside. In other words, if you want to use Gibbs’ ‘law’ to predict what will happen in the real world, you have to relax all those constraints and deal with the mess that results. That’s what engineers, as opposed to theoretical physicists, have to do every day.”

Corretly, Corning’s statement is backwards as Gibbs incorporated gravity (section: ‘the conditions of equilibrium for heterogeneous masses under the influence of gravity’) and nearly every constraint, e.g. electromagnetic force, one could conceive of, resulting in the most elegant real world applications of prediction used in science.

Education
Corning completed his BA from Brown University and an interdisciplinary social science-life science PhD degree from New York University in 1971, with a thesis on “The Theory of Evolution as a Paradigm for the Analysis of Political Phenomena”. [3] Later he was awarded a two-year NIMH post-doctoral fellowship for additional study and research at the Institute for Behavioral Genetics at the University of Colorado. After his post-doctorate degree, he taught in the interdisciplinary Human Biology Program at Stanford University for seven years, along with research appointments in the Behavior Genetics Laboratory of the Stanford Medical School and in the Department of Engineering Economic Systems.

Further reading
● Corning, Peter. (1983). The Synergism Hypothesis: A Theory of Progressive Evolution. McGraw-Hill.
● Corning, Peter A. (1995). “Synergy and Self-Organization in the Evolution of Complex Systems”, Systems Research,12(2): 89-121.
● Corning, Peter. (2011). The Fair Society: The Science of Human Nature and the Pursuit of Social Justice (energy, 9+ pgs). University of Chicago Press.