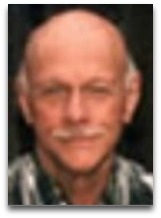 In hmolscience, Peter B. Hammond (1928-2014) was an American anthropologist noted, in anthropological thermodynamics, for his energy and entropy arguing Cultural and Social Anthropology.

Overview
In 1964, Hammond, in his Cultural and Social Anthropology, via citation to Leslie White, speculates on cultural operations through the guise of verbal thermodynamics; the following being some condensed extracts: [1]

“To understand man in particular we must understand living material systems in general; cultural systems, like biological systems, expend energy that is captured [by the sun]; in performing a ritual, playing a game, regarding a churinga with awe, or breathing a silent prayer, the event is an expression of energy expended.”

In his book, Hammond seems to cull a good deal from Erwin Schrodinger’s 1944 What is Life?, and thus in turn Ludwig Boltzmann's entropy theories. Hammond argues, for instance, that the maintenance of life is a continuous balancing between positive entropy and negative entropy and that the evolution of life is the ascendance of negative entropy. He states that evolution can be defined as the progress of energy organization moving in a direction opposite to that specified for the cosmos by the second law of thermodynamics. [1]