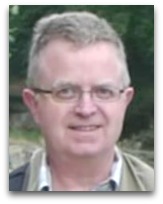 In hmolscience, Peter Middleton (1950-) is an English science, literature, and poetry scholar noted for his 2015 Physics Envy: American Poetry and Science in the Cold War and After, wherein, themed on the topic of “physics envy” (Philip Mirowski, 1989), from the vantage point of poetry + science connections, he springboards of Muriel Rukeyser’s 1942 discussion of Lawrence Henderson’s sociological extension of the combined work of Willard Gibbs and Vilfredo Pareto, he gives a modern digression, via citation to Joel Isaac (2008), of the Harvard Pareto circle; giving commentary on related thinkers, such as: Henry Adams, Irving Fisher (in respect to Gibbs), among others. [1]

Education
Middleton studied at Oxford, Sheffield, and SUNY Buffalo; currently he is a professor of English at the University of Southampton, UK, and is secretary of the British Society for Literature. (Ѻ) His research interests include: research interests include science and literature, modern and contemporary poetry, poetry performance, ecology and climate change, critical theory, gender studies, and philosophy and literature.

“Milton Friedman described Fisher as ‘the greatest economist the United States has ever produced.’ Others are harsher in their judgment. In his critique of neoclassical economics for its lack of understanding of the consequences of borrowing conceptual metaphors of energy and field, Philip Mirowski argues that fisher was a major contributor to a long history of poorly ‘reprocessed physics’ in economics up the present day. Mirowski himself, however, does not simply dismiss such reprocessings as ‘physics envy’, concluding instead that that what is needed is not to expel these metaphors but to give more attention to the epistemological stakes. Why have they been so valuable and do they remain so? Such questions were raised at Harvard in the 1930s, though not so much in the discipline of economics. After Fisher’s momentary appearance, Rukeyser introduces an influential sociologist [physiologist] at Harvard, Lawrence Henderson, saying simply that ‘he has written a study of Pareto in the light of Gibbs.’ This is an understatement.”