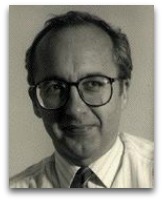 In hmolscience, Peter Richmond (c.1942-) is an English-born Irish physicist noted for an early 2000 course on econophysics he taught to final year undergraduates at Trinity College Dublin and for his co-authorship of the 2013 Econophysics and Physical Economics, together with German physicist Jurgen Mimkes and German-Irish physicist Stefan Hutzler, wherein the speculate on concepts such as "economic pressure" in economic thermodynamic terms, along the way penning out stylized versions of a first law of economics and a second law of economics, similar in theme to that done by other thinkers such as Reiner Kummel (2011). [1]

Overview
In 1999, Richmond, supposedly, was among the about 200 people who met in Dublin to participate in the first congress on Application of Physics in Financial sponsored by the European Physical Society, focused on the growing subject of how many physicists have begun taking up employment in finance, working as 'quants' in large and not so large investment banks and financial institutions across the world, whereby theoretical and computational physics is applied to quantitative finance as a research area. This was followed in 2000 by a second congress in Liege. Many other meetings have been held elsewhere and econophysics is now a well-established research topic within the broad field of statistical physics. [2]

In 2009, Richmond gave a talk on “How Did Physics Become Involved in the Social and Economic Sciences?”, the abstract of which is as follows: [3]

“Outlining the development of physics concerned with forces and machines as captured in the clockwork universe of Newton, Galileo and Kepler to the emergence of a new paradigm - the statistical universe of Boltzmann and Gibbs with its emphasis on states and their evolution. Prof Richmond will discuss how the move from this the treatment of people in the manner of atoms as proposed by Mandelbrot seems entirely logical. Some applications will be developed by way of illustration. In passing we shall begin to understand how wealth in societies is as it is and why stock markets can crash. To physicists, unlike, it would seem, some of our bankers, these possibilities were evident well before the present financial debacle.”

Education
Richmond completed his BS in physics in 1964 and PhD in theoretical physics in 1967 both at Queen Mary College, London, followed by a DSc in theoretical colloid and surface science at the University of London. He has been a visiting professor at Trinity College Dublin since 1998, where he teaches physics and since early 2000 a course in econophysics, at some point.