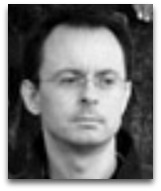 In literature chemistry, Peter Daniel Smith (1965-) is an English writer noted for his late 1990s work on Goethe, Elective Affinities, and the two cultures.

Overview
In 1997, Smith, completed his PhD dissertation on the overlap of German literature and the world scientific view.

In 1999, Smith, in his “Elective Affinities: A Tale of Two Cultures?”, connected and traces German polymath Johann Goethe’s 1809 physical chemistry based romance novella up through English physicist C.P. Snow’s 1959 “two cultures” divide of intellectual circles, touching along the way the similar works of: Emile Zola (Therese Raquin, 1867), Yevgeny Zamyatin (We, 1921), Primo Levi (The Periodic Table, 1975), John Banville (The Newton Letter, 1982), among others.

“I’m fascinated by the way the ideas of science permeate our lives and underpin our beliefs. My earlier study, Metaphor and Materiality, showed how in German literature, writers from Goethe through to Robert Musil and Bertolt Brecht explored scientific ideas in their work. Both books demonstrate that, far from being two divided cultures, science and literature are part of the same equation.”

Education
Smith completed his BA in 1992 at the University of Kent, and his MA (1993) and PhD (1997), both at the University College, London, the latter with a dissertation on “German Literature and the Scientific World-View in the Nineteenth and Twentieth Centuries”, about which English poet and Goethean human chemical theory historian Jeremy Adler was one of his PhD examiners. Smith also attended Munich University. In 2000, Smith's PhD was published as the book Metaphor and Materiality: German Literature and the World-View of Science 1780-1955, in the abstract of which he states: [3]

“The question which guides my investigation is not merely whether literature derives themes from science, but whether it can also interrogate scientific models of the world and thus contribute to human knowledge and reflexivity. For this, Goethe’s subtle and wonderfully ambiguous text Die Wahlverwandtschaften provides an ideal point of departure.”

Smith has written for the Guardian, Independent, and TLS, among others. From 2003 to 2004, Smith was an instructor at the University College, London, and is an honorary research fellow.

“In Goethe’s greatest play, Faust came to personify mankind’s ceaseless quest to understand and control nature, a quest that Einstein was to make his own.”