In religio-mythology, phallus of Osiris refers to []

Overview
In Egyptian mythology, in the so-called “death and resurrection of Osiris” or the “passion of Osiris”, Osiris was killed by his brother Set and cut into 14 pieces, and scattered throughout the landm and it is said that wherever a piece of Osiris landed, that a temple grew or was founded; the Egyptians acted out this myth, as it has been theorized (Bauval, 1983), by building temples and pyramids at locations of the Orion constellation mirrored around the Nile River, as shown below, the Nile River river presumed to be the mirror of the Milky Way: 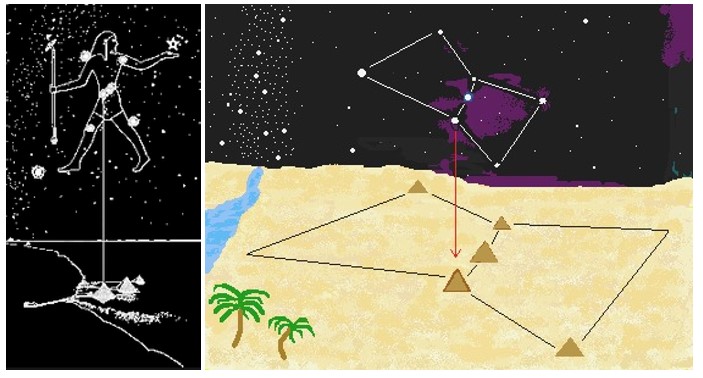 later, all Isis, with the help of Anubis tracked down and found all the pieces of the Osiris, “except” the phallus, which was said to have been eating by a fish, having its powers, thereafter, submerged in the waters of the Nile River, making it, in a sense, holy water (see: baptism).

The number 14 is theorized to be significant of the 14 stars of the Orion constellation, with which Osiris was associated (as the dying and rising god of Egypt, just as the Orion constellation "rise" to the vertical position each night in Nov and Dec), or the 14 days of the half lunar period (28 days), thereby being symbolic of the moon being chopped up as goes from a full moon to a half moon, Osiris also being viewed as a "moon god", in some cases.

Isis then took the 13 pieces of the body of Osiris, and assembled them into the form of a mummy, and to make him complete, she either cut her thumb off to make a makeshift phallus for him or made a golden phallus, depending on story variant, which she affixed to his mummified body, in an erect position:
- 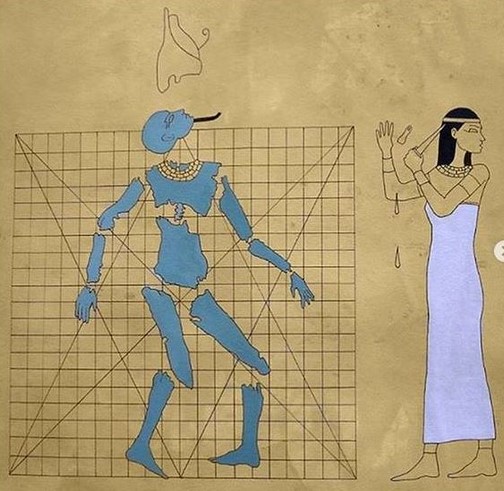 -
Isis then turned into kite (bird) and, via the “black rite” ceremony, used her magical powers along with the magical powers of Thoth resurrect him, and conceive the god child Horus along the way (see: virgin birth), through the spiritual powers of the celestial seed emanating from his new magical phallus, such as shown below:

In theme with this myth, pharaohs began to be buried in mummified form with erect phallus, so to emulate the resurrection of Osiris. The mummy of king Tut (c.1300), e.g., was famously found with an erect phallus. Later, Egyptians began to make Osiris corn mummy out of earth and seeds replete with Osiris-like erections, such as shown below: [3] 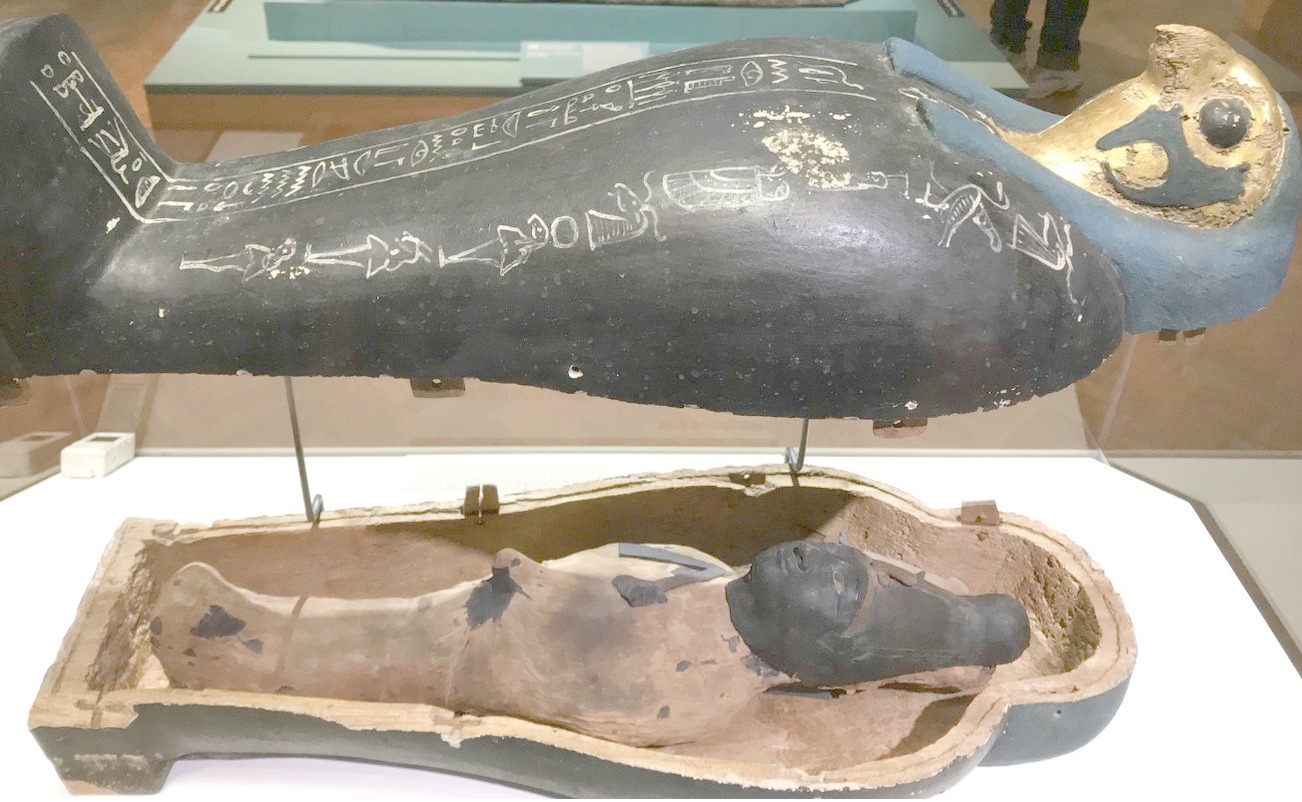 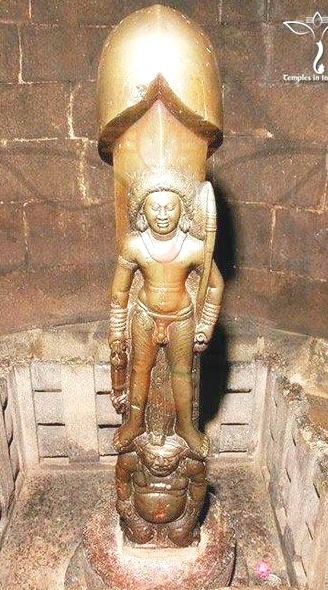 “Plutarch's version of the myth of Isis and Osiris connects the various episodes, many of which can be documented from Egyptian sources, into a single, running narrative (On Isis and Osiris, 12-19). The story begins with Kronos (Geb, the Egyptian earth god) and Rhea (Nut, the Egyptian sky goddess) overcoming the curse of Helios (Re, the sun god) with the help of Hermes (Thoth, the Egyptian moon god) by producing five children on five intercalary days: Osiris, Horus, Typhon (Set), Isis, and Nephthys. As pharaoh of Egypt, Osiris brings civilization to that country and to the whole world. Typhon, however, gathers conspirators and plots to kill Osiris. First, he imprisons Osiris within a coffin and throws it into the Nile River, and later he dismembers the body of Osiris and scatters the pieces all around Egypt. One piece, the penis, is lost forever in the Nile River. In both episodes, the reproductive power of Osiris is sub-merged in the Nile. (Isis grieving and searching for Osiris and burning away the mortality of the infant prince of Byblos can be compared with …”

“As in the Sumero-Semitic myths, the image of the fish appears in Egypt, too. This is not surprising, as where there is water, there are usual-ly fish; and the fish in Egypt, as in the Middle East, symbolized both the water-mother and her divine offspring. Nut was sometimes portrayed in fish-form, and under the name Hatmehit, her local title in the Delta, she was called "she who is before the fishes." But the most important fish symbolism was given to Osiris, the god-child whom Nut bore and who ultimately became Egypt's great mythic victim-redeemer, in a story remark-ably similar to the story of the life of Christ. Osiris, who was portrayed as a fish at his centre of worship at Abydos, is a more sophisticated version of the primitive sun-god Amun-Ra who arose from the depths of his father-mother Nun. The mythic fate of this complex deity gives us considerable insight into the more uncomfortable dimensions of the water-mother's ambivalent relationship to her divine child. Osiris was dismembered by the dark god Set, portrayed as a great river-snake or crocodile—the Egyptian version of Leviathan, the destructive phallic face of the sea-mother—and his penis was swallowed by a fish. Although he was put back together again, the penis was never found, and one made of clay had to be substituted instead.”