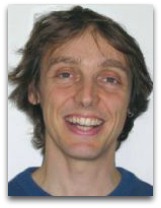 In existographies, Philip Ball (1962-) (SNE:17) (CR:65) is a English physical chemist noted for his publications and talks, beginning in 2001, focused on what he calls a ‘physics of society’, aka sociophysics in more common terms, a subject he seems to approach using statistical mechanics viewing people as particles or human particles. [4]

Overview
In 2003, gave a talk on a "physical modeling of society"; the following is an abstract: [5]

“There seem to be ‘laws’ [of] social systems that have at least something of the character of natural physical laws, in that they do not yield easily to planned and arbitrary interventions. Over the past several decades, social, economic and political scientists have begun a dialogue with physical and biological scientists to try to discover whether there is truly a ‘physics of society’, and if so, what its laws and principles are. In particular, they have begun to regard complex modes of human activity as collections of many interacting ‘agents’—somewhat analogous to a fluid of interacting atoms or molecules, but within which there is scope for decision-making, learning and adaptation.”

This type of social mechanics or social physics outlined here culminated in his popular 2004 book Critical Mass: How One Thing Leads to Another, in which Ball outlines a view in which people are considered as statistically averaged interacting human particles, so as to explain how one thing leads to another, along with his theory of a social "critical mass". [2]

Ball notes that when one first begins to apply statistical thought or the "logic of large numbers" to society, that the concept of human free will is the first question in the minds of those encountering the new "physics of society" for the first time. The debate on this topic, according to Ball, began to rage in the 19th century and still preoccupies sociologists today. On the topic of people viewed as human particles, Ball argues that "to develop a physics of society" one must use the model that "particles will become people" to which he uses the term peoploids to designate human particles in computer simulations.

The 2005 New Scientist article “I am not a Molecule”, by American Sociologist Steve Fuller, was a reaction to Ball’s book, in which Fuller objects to the atomistic reduction view being used. In particular, Fuller objects to not only Ball’s 2004 Critical Mass, but also American evolutionary biologist Jared Diamond’s 2005 book Collapse: How Societies Choose to Fail or Succeed, and Canadian-born evolutionary psychologist American Steven Pinker’s 2002 book The Blank Slate: the Modern Denial of Human Nature, all of which, according to Fuller, are "infuriating the social scientists". [6] Ball’s ideas on applying physics to society are similar to those of Vera Daniel and Mark Buchanan.

Atheism? | Freudian slips
In 2004, Ball in his Critical Mass, was alluding to a “limited” free will stylized social physics, where humans HAVE free will, but bacteria don’t, a blurry gradient-sloped dualism of sorts.

In 2009, Ball engaged into a heated debate (Ѻ)(Ѻ)(Ѻ) with new atheist Sam Harris, via email, in respect to their disagreeing views on the religion and science conflicts, Ball stating that he is more Karen Armstrong and Martin Rees minded in sympathy, Harris being a more Thomas Paine stylized ridicule of dumb beliefs atheist. (Ѻ)

“To be honest, I already suspected that Philip Pullman, literary darling of militant atheists (no doubt to his chagrin), is more religious than me, a feeble weak-tea religious apologist. But it is nice to have that confirmed (Ѻ) in the New Statesman. Actually, ‘religious’ is not the right word, since Pullman is indeed (like me) an atheist. I had thought that ‘religiose’ would do it, but it does not – it means excessively and sentimentally religious, which Pullman emphatically isn’t. The word I want would mean ‘inclined to a religious sensibility’. Any candidates?”

In 2017, Ball was using Freudian slip god phrases in his Tweets:

“Nice to come back to two boxes of these paperbacks, though god knows where I'm going to put them all.”

“Molecules are like to many individuals, having the most various states of motion, and the properties of gases only remain unaltered because the number of these molecules which on average have a given state of motion is constant.”

from his 1872 Further Studies on the Thermal Equilibrium of Gas Molecules, where Boltzmann compares people to molecules (human molecules), traces to Boltzmann’s reading of English historian Henry Buckle’s 1861 History of Civilization.

Human chemistry
In human chemistry, in his 2008 article “Literary Reactions”, Ball discusses what he calls the "human double displacement reaction" (double elective affinity), one of the human elective affinity reactions from German polymath Johann Goethe’s 1809 novella Elective Affinities, based on his human affinity table. Ball also discusses the use of chemistry theory in literature, such as English poet John Donne's circa 1590 poem The Comparison, where he speaks of ‘love’s alchymie’, and that by Thomas Pynchon in Gravities Rainbow. [1]

Paracelsus
Ball authored a 2006 book on the life of Swiss chemist Paracelsus, who is noted for his Aristotle-Geber, four element three principle, formulation of how wood burned, wherein sulphur was said to represent the heat-giving flames; sulphur being a forerunner to entropy (via the intermediate theories of terra pinguis, phlogiston, and caloric). [8]

Education
Ball completed his BS in chemistry at Oxford in 1983 and his PhD in physics at Bristol University in 1988. Ball has worked as a senior editor for Nature, physical sciences section, from 1988 to 1999. [7]

Quotes | Employed
The following are quotes employed by Ball:

“A gravity-like force of attraction is now as universal in the political as in the philosophical world.”

Quotes | By
The following are popular quotes by Ball:

“Most people who have encountered thermodynamics blanch at its mention, because it is an awesomely tedious discipline both to learn theoretically and to investigate experimentally.”

“Today physicists regard the application of statistical mechanics to social phenomena as a new and risky venture. Few, it seems, recall how the process originated the other way around, in the days when physical science and social science were the twin siblings of a mechanistic philosophy and when it was not in the least disreputable to invoke the habits of people to explain the habits of inanimate particles.”