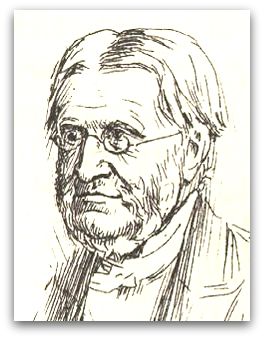 In science, Philip Kelland (1808-1879) was an English mathematician notable for his 1837 book Theory of Heat, in which he claimed to find many contradictions and inconsistencies in French mathematical physicist Joseph Fourier’s 1822 Analytical Theory of Heat. [1] Both books were read by Scottish physicist William Thomson, at the age of sixteen, to which he concluded “Fourier is right, Kelland is wrong”. [2]

Thermo-dynamic etymologies
The coining of terms “thermo-dynamic” (1849) and “thermo-dynamics” (1854), by Thomson, seem to have their etymology, to an extent, in Kelland’s 1837 book. In his Theory of Heat, Kelland defines the “dynamical hypothesis” as the argument that heat consists of vibratory motions, in contrast to the “statical hypothesis” being the view that heat is a substance, and refers several times to the thermo-multiplier a device to measure incremental heat measurements via current flows between dissimilar metals, invented by Italian physicist Leopoldo Nobili. In particular, after speaking of the dynamical hypothesis, Kelland states:

“In addition to the circumstance that no theory of heat has yet been promulgated, sufficiently comprehensive to include the explanation of all the phenomena, even the simple and well known facts relative to pressure and density are felt to be utterly inexplicable on any of the ordinary suppositions, without the aid of force, the effect of which is insensible at a finite interval.”

In a similar phrasing, in 1854 Thomson would set the following definition: [3]