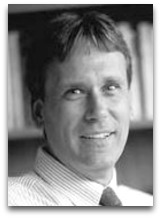 In existographies, Philip Mirowski (1951-) (CR:71) is an American economist and science historian noted, in economic thermodynamics, for in his 1989 More Heat than Light, the title, supposedly, based on a talk by Richard Adams (1977), wherein outlined, historically, in a very detailed and well-cited manner, the use of physics and thermodynamics, particularly the conservation of energy, in economics, giving a somewhat objectionable view along the way. [1]

Overview
In Sep 1988, Mirowski published “Energy and Energetics in Economic Theory: a Review Essay”, wherein he attempts to attack the energy based economics ideas as found in Mihai Demetrescu 1986 Entropy and Bioeconomics: the New Paradism of Nicholas Georgescu-Roegen (Ѻ), and the workshop papers found in W. Van Gool and J. Bruggink’s Energy and Time in Economic and Physical Sciences (Ѻ), in the latter of which are found discussions of Gibbs free energy (Ѻ) and sections on the “possible relations between thermodynamics and economics”. (Ѻ)

Against Mechanism
In 1988, Mirowski, published his Against Mechanism: Protecting Economics from Science, wherein he he seems to present a fence-sitting leaning towards anti-materialism, anti-mechanism, and or anti-reductionism position; the following being a representative excerpt:

“At the very beginning of a course of study in a new discipline, the ‘why’ questions are difficult to avoid, at least initially. When the ‘whys’ are unavoidable, the most frequent recourse is to the putative ‘laws’ of the phenomenon: laws of nature, laws of behavior, laws of thought, laws of regularity. I have always been a little uneasy and perhaps even ambivalent about this curious appeal to laws. The very metaphor itself embodies a contradiction. Laws are conventions constructed by human beings, yet often they are invested with legitimacy through appeals to overarching principles or rules that are not the handiwork of humans. Particularly in the disciplines that seek to explain human society, the concept of law is frequently used, but not without a certain defensiveness. ‘We have laws, too,’ the social scientists maintain, with a nervous glance in the direction of their colleagues, the physical scientists.”

— Philip Mirowski (1988), Introduction to Against Mechanism

He opens his book to the following 1900 quote of American economist Thorstein Veblen, in which the premise of economic laws in relation to a possible “law of conservation of economic energy” is mentioned:

“The economic laws aimed at and formulated under the guidance of this preconception are laws of what takes place ‘naturally’ or ‘normally,’ and it is of the essence of things so conceived that in the natural or normal course there is no wasted or misdirected effort . . . the resulting economic theory is formulated as an analysis of the ‘natural’ course of the life of the community, the ultimate theoretical postulate of which might, not unfairly, be stated as some sort of law of the conservation of economic energy . . . there prevails an equivalence of expenditure and returns, an equilibrium of flux and reflux, which is not broken over in the normal course of things. So it is, by implication, assumed that the product which results from any given industrial process or operation is, in some sense or unspecified aspect, the equivalent of the expenditure of forces, or the effort, or what not, that has gone into the process out of which the product emerges.”

This Mirowski’s seems to use as an example of a “bold assertion in the face of ignorance”. [2]

Mirowski’s 1989 More Heat than Light was preceded by a six-year manuscript gestation period; a period tracing or rather seeded by a passing 1979-1980 comment that “value had to be conserved”, made by a speaker at an economics seminar at Stanford University, if in the speaker's model a certain mathematical assumption were to hold; the tone of the speaker's voice suggesting that no one in his or her right mind would find that a problem. The implied idea here, supposedly, being that the conservation of energy could be invoked ad hoc in economics and applied to "value theory" without question or objection.

The question of the historical origins of economic theory in the context of culled physics theories would go on to haunt Mirowski, as he says, to the effect that it resulted in searches in dictionaries, encyclopedias, and books for non-existent entry on the subject of his query, that resulted to become a sort of secret indulgence, hobby, and surreptitious pleasure that stole moments away from his regular economics work, albeit one that turned into a popular book. The following passage (diagrammed adjacent) seems to be the synopsis of Mirowski's end conclusion: [1]

“Instead of discrete influences, imagine, if you will, the energy concept as an ever expanding pyramid with the three metaphors of body, motion, and value at the base vertexes. As the vertexes grow further and further apart, the metaphorical distance between physics and economics also widens, until it becomes commonplace to assert thaty ther are indeed separate and distinct systems of explanation. Nevertheless, they operate in the same cultural milieu, partake of much of the same language and formalisms, and most important, maintain a reciprocal metaphorical legitimation and support: they remain a pyramid.”

The gist of Mirowski's findings, in his research, iss that conclusion that the progenitors of Western neoclassical economics copied their models mostly term for term and symbol for symbol from the reigning physical theories of the 1870s.

The following quote, by American physician and existential philosopher Walker Percy, is the opening set-the-stage quote to More Heat than Light: [5]

“As late as a week ago, such a phrase as ‘hopefully awaiting the gradual convergence of the physical sciences and the social sciences’ would have provoked no more than an ironic tingle or two at the back of my neck. Now it howls through the Ponchitoula Swamp, the very sound and soul of despair.”

Difficulties on theory
Mirowski's central thesis, pole vaulting on the so-called "Hessen thesis" (Boris Hessen, "The Social and Economic Roots of Newton's Principia", 1931), i.e. that Newton derived his laws of motion from economic theory and the culture milieu of his time, is the general argument that the physicists and economists copied from each other. Certainly there is some truth in this, e.g. Boltzmann and Maxwell culling statistical mechanical ideas from Buckle, but to think that pure energy theory experimenters, e.g. Willem Gravesande rolling weighted brass spheres roll down a ramp onto a soft clay floor and measuring their impact deepness to test kinetic energy E = mv theory, had something to do with anthropomorphism or economics, is a bend over backwards argument.

Education
Mirowski at first had plans to study anthropology, but found a lack of attention to the theoretical foundations of the subject, and because of this moved into economics, completing his BA in economics at Michigan State University in 1973. During this period, Mirowski took a graduate course in economics history with American economics historian Warren Samuels. [6] On this basis, Mirowski went on to complete his his MA (1976) and PhD (1979) at the University of Michigan, both in economics. His experience of graduate school was disappointing, and he recalls poor teaching and his own lack of interest in much of what he was taught. [7] Somewhere in this mix, Mirowski received some "background in physics", as he states, where he learned the importance of the conservation principles.

His first academic appointment was at Santa Clara University, where he began teaching history of economic thought. Since 1990, Mirowski has been a professor of economics, and the history of science, and philosophy of science at Notre Dame University. [4]

“Economics needs protection from science, and especially from scientists such as Richard Feynman, or any other physicist who thinks he knows just what is needed for economists to clean up their act. Economics needs protection from the scientists in its midst, the Paul Samuelsons and the Tjalling Koopmans and all the others who took their training in the physical sciences and parlayed it into easy victories among their less technically inclined colleagues.”

— Philip Mirowski (1988), Introduction to Against Mechanism