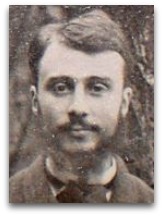 Overview
In 1887, Duhem, age 26, published a “Study of the Thermodynamics Works of Willard Gibbs”, digressing on things such as an “historical background of Gibbs’ theory”. [9]

In 1892, Duhem published a “Commentary on the Principles of Thermodynamics: the Principe of the Conservation of Energy”, with discussion on topics such as the fundamental equation, work and the quantity of heat. [9]

In 1893, Duhem published a “Commentary on the Principles of Thermodynamics: the Principe of Sadi Carnot and Clausius”, discussing the Carnot cycle, reversible changes, Carnot’s theorem, absolute temperature, and entropy. [9]

In 1902, Duhem penned Thermodynamics and Chemistry (Thermodynamique ct Chimie); in the 1903 American edition, he stated: [4]

“One of the objectives I had in mind when writing it was to make the work of J. Willard Gibbs known and admired; I like to think it will contribute to enhance, within your active universities, the glory of your illustrious countryman … [a] glory [becoming] more and more resplendent every day; more and more clearly the author of the phase law appears as the initiator of a chemical revolution; and many do not hesitate to compare the Yale College professor to our Lavoisier.”

In 1911, Duhem, in his Treatise on Energetics (Traite d’Energetique), used the logic of thermodynamic potentials, particularly the Gibbs free energy and Helmholtz free energy, to deploy these in a manner similar to the potentials in mechanics for representing all physical and chemical changes.

Duhem, in his theories on the newly forming concept of the “thermodynamic potential”, in short, built on Willard Gibbs (1876) and Hermann Helmholtz (1882). Duhem’s entire scientific program, in fact, was driven by a conviction that a generalized thermodynamics would be the proper unifying scheme for physical theory, with all of chemistry and physics, including mechanics, electricity, and magnetism, being derivable from thermodynamic first principles. [1]

Duhem’s work was given appreciation later years among German energeticists, such Wilhelm Ostwald and Georg Helm. [1]

Eponyms
Equations eponymously named after Duhem include: the Duhem-Margules equation and the Gibbs-Duhem equation, the latter of which is basis of the phase rule of Gibbs (the first general proof of the phase rule). [5]
Religion | To Save Phenomena
In 1905, Duhem, a devout Catholic, argued that to draw cosmological or religious consequences from thermodynamics was unjustified. [6]

In 1908, Duhem, in his To Save Phenomena: an Essay on the Idea of Physical Theory from Plato to Galileo, a series of articles collectively entitled “To Save Phenomena”, in Annals of Christian Philosophy, discussed the relation between physical theory and metaphysics; specifically, between astronomy and physics, and critiques the answers given by Greek thought, Arabic science, medieval Christian scholasticism, and, finally, the astronomers of the renaissance. [10] In short, according to one review, Duhem set out to address the related questions: (a) “what is the value of physical theory?” and (b) what relations do physical theories have to do with metaphysical explanation?”, the gist of his argument being that former aren’t yet precise enough and or are just mathematical approximations and thus not able to measure or quantify the latter. [8]

Education
In 1884, while a third-year student at the Ecole Normale Superieure, Paris, Duhem made a first attempt at a doctorate in physics with a thesis on the concept of the “thermodynamic potential”, with the aim, direct or indirect, supposedly, to disprove French chemist Marcellin Berthelot's 1864 principle of maximum work, a principle which asserting that chemical changes tend spontaneously to produce maximum heat. [7] In retrospect, historically-speaking, the principle of maximum work was first disproved by German physicist Hermann Helmholtz in 1882. Whatever the case, Duhem's thesis submission, while correct, directly criticized Berthelot and his principle. [1] Subsequently, not only Berthelot, but his colleagues as well rejected Duhem's thesis, and he was forced to defend another thesis. [2] Duhem's rejected thesis was, nevertheless, published two years later as Duhem’s first book. [1] Berthelot retaliated, to the publication of this book, by having Duhem relegated to the provinces of France, away from the great schools, libraries, and scientific centers. [7] In 1887, Duhem began work as a lecturer in physics in Lille. Out of his conflict with Berthelot, however, Duhem never won an academic position in Paris. He once commenting, for instance, when asked whether he would be interested in a newly created chair in the history of science at the College of France, that he would go to Paris as a physicist or not at all. [1] Duhem eventually took his doctorate in mathematics from Sorbonne in 1888. From 1894 to 1916, Duhem held the chair of theoretical physics at Bordeaux. [9]

Quotes | On
The following are quotes by Duhem:

“Mathematicians regret that the principles of thermodynamics should have been developed in general with so little precision that the same proposition can be regarded by some as a consequence, and by others as a negation, of these principles.”