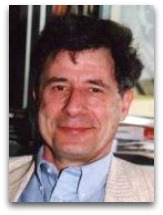 Education
Prior to the writing of his dictionary, Perrot had taught thermodynamics for over twenty years. Perrot is associated with the Laboratoire de Metallurgie Physique and the University of Lille, at the latter of which he is an emeritus professor. He is also the author the 1998 French problems/solutions manual Thermodynamique Chimique (Chemical Thermodynamics), intended for graduate students. [2]

Hmolpedia
Perrot's thermodynamics 587-term dictionary is one of American electrochemical engineer Libb Thims' favorite books, and in some way has been an inspiration and and worked as a mental outline or starting point for many articles in the 2007-2010 Encyclopedia of Human Thermodynamics turned 2011-present Hmolpedia: an A-Z Encyclopedia of Human Thermodynamics, Human Chemistry, and Human Physics. Perrot's dictionary is one of the most spine-cracked and re-glued books in Thims' library.

Dictionary origin
Perrot’s 1994 French Dictionnaire de Thermodynamique (published in 1998, in English, as A to Z of Thermodynamics), found its origin during a visit to the library at the University of Lille. During one visit to the university library, Perrot, having thoughts of writing a thermodynamics textbook, counted that there were 57 thermodynamics books for students, which very approximately recopied one another, giving nearly the same presentation. In this situation, Perrot thought that it did not seem useful to make the 58th, and instead wrote the world’s first thermodynamics dictionary. [3]

Quotes
The following are notable quotes by Perrot:

“Isn’t thermodynamics a fine intellectual structure, bequeathed by past decades, whose every subtlety only experts in the art of handling Hamiltonians would be able to appreciate.”