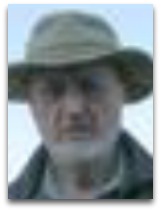 In hmolscience, Plinio Prioreschi (c.1924-) is an Italian physician noted, in cessation thermodynamics, for his 1990 discussion on thermodynamic irreversibility and death.

Overview
In 1990, Prioreschi, in his A History of Human Responses to Death, devoted his first chapter to a discussion on whether or not death is reversible, in a thermodynamic sense, on the logic that: [1]

“The second law of thermodynamics tells us that eventually everything must decay and die, but it does not set any immediate limit to the span of existence.”

Prioreschi’s argument seems cogent, to a good degree. He states that death is defined as the cessation of life; but then notes that we also use this term when referring to inanimate objects, such as in the 'death of a star'. In this direction, he suggests that death could be defined as a sufficient degree of change in the direction of a loss of function and notes that the directionality of change, on a global scale, is always goes in the direction indicated by the second law of thermodynamics, or “in the direction of disorder and decay”, as Prioreschi puts it; whereby a modern definition of death could be “change beyond a certain limit or sufficient deterioration”. He then states that we must further modify this to state that death should be re-defined according to the logic of thermodynamic irreversibility, wherein death would be defined as: “sufficient irreversible deterioration”; noting that people can be restored to life, e.g. resuscitation after cardiac arrest. He goes on to discuss this in terms of entropy increase.

Image
The photo is a possible image of Plinio Prioreschi from Open Library. [2]