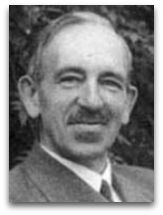 Education
Fowler completed his BA in 1911 and MA in 1915 in mathematics at Trinity College, Cambridge. [2] In 1917, Fowler began to study wind structure and temperature structure at high altitudes, in their relation to ballistics; this was a partial catalyst for his later interest in thermodynamics and statistical mechanics. In 1920, Fowler became college lecturer in mathematics at Trinity, thereafter jumping into a variety of mathematical problems and eventually began moving to more recent problems in mathematical physics including work on various kinetic theories of gases, again leading him toward thermodynamics and statistical mechanics. [2]

In 1922, Fowler began collaborating with English physicist C.G. Darwin (the first to define the subject of human thermodynamics) on the problem of the partition of energy, inspired by works of Ehrenfest and Trkal. Having developed a new technique for approaching physical chemistry through statistical mechanics, the two, and later Fowler alone, justified a number of formulae and calculations performed by the likes of Saha, Lindemann, and Chapman. In 1922-23, Ralph established the validity of the dissociation formula for high temperature ionization. In early 1923, Ralph along with E A Milne, wrote a seminal work on stellar spectra, temperatures, and pressures. This work continued in a series of papers through the 1920s leading to the Adams Prize of the University of Cambridge in 1923-24 and was published in 1929 as the seminal volume, Statistical Mechanics, which had a second edition, minus the astrophysical applications, published in 1936. In 1939 a successor volume, entitled Statistical Thermodynamics, was co-authored and published with E A Guggenheim. [2]