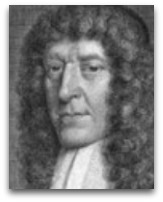 In existographies, Ralph Cudworth (1617-1688) (IQ:160|#544) (Cattell 1000:568) (FA:43) (CR:28) was an English philosopher noted for his 1678 True Intellectual System of the Universe: Wherein All the Reason and Philosophy of Atheism is Confuted, and Its Impossibility Demonstrated, with a Treatise Concerning Eternal and Immutable Morality, wherein he touches on an early form of panbioism and refutes the atomic atheism theories of those including Pierre Gassendi.

Hylozoism
In 1678, Cudworth, in his True Intellectual System of the Universe, supposedly, introduced the concept of hylozoism, from the Greek hyle “matter” and zoe “life”, a type of panbioism, arguing something to the effect that all matter is alive or the universe is alive, or something along these lines. [1]

Empedocles
On Empedocles, Cudworth, in his The True Intellectual System of the Universe (pg. 80), has the following to say:

“If Aristotle does not misrepresent Empedocles, as he often doth Plato, then it must be granted, that he being a mechanical physiologer, as well as theologer, did something too much indulge to fortuitous mechanism; which seems to be an extravagancy, that mechanical philosophers and atomists have been always more or less subject to. But Aristotle doth not charge Empedocles with resolving all things into fortuitous mechanism, as some philosophers have done of late, who yet pretend to be theists and incorporealists, but only that he would explain some things in that way. Nay, he clearly puts a difference betwixt Empedocles and the Democritic atheists, in these words subjoined: [Greek], etc. which is as if he should have said, ‘Empedocles resolved some things in the fabric and structure of animals into fortuitous mechanism; but there are certain other philosophers, namely, Leucippus and Democritus, who would have all things whatsoever in the whole world, heaven, and earth, and animals, to be made by chance and the fortuitous motion of atoms, without a deity.’ It seems very plain, that Empedocles's Philia and Neikos, his friendship and discord, which he makes to be the [Greek], the active cause,—and principle of motion in the universe, was a certain plastic power, superior to fortuitous mechanism; and Aristotle himself acknowledges somewhere as much. And Plutarch tells us, that, according to Empedocles, the order and system of the world is not the result of material causes and fortuitous mechanism, but of a divine wisdom, assigning to everything [Greek] not such a place as nature would give it, but such as is most convenient for the good of the whole.”

Gassendi
In 1648, Pierre Gassendi, in his Arrangement of the Philosophy of Epicurus, stated the following:

“But because men may yet be puzzled with the universality and constancy of this regularity, and its long continuance through so many ages, that there are no records at all of the contrary anywhere to be found; the atomic atheist further adds, that the senseless atoms, playing and toying up and down, without any care or thought, and from eternity trying all manner of tricks, conclusions and experiments, were at length (they know not how) taught, and by the necessity of things themselves, as it were, driven, to a certain kind of trade of artificialness and methodicalness; so that though their motions were at first all casual and fortuitous, yet in length of time they became orderly and artificial, and governed by a certain law, they contracting as it were upon themselves, by long practice and experience, a kind of habit of moving regularly; or else being, by the mere necessity of things, at length forced so to move, as they should have done, had art and wisdom directed them.”

Atheism
Although Cudworth's 1678 efforts were to refute atheism, specifically that of Gassendi, he was thereafter himself later "charged" with being an atheist, specifically by John Turner (c.1649-1710) in his Discourse Concerning Messias (1685); a labeling issue that was touched on by Anthony Collins (1713), in the sense that anyone who "make the material universe to be the eternal being or god" is an argument "wherein consists the essence of atheism".

Quotes | On
The following are quotes on Malebranche:

“Those who wish to form an idea of the shackles imposed by theology on the genius of philosophers born under the ‘Christian dispensation’, let them read the metaphysical romances of Leibniz, Descartes, Malebranche, Cudworth, etc., and coolly examine the ingenious but rhapsodically systems entitled: the pre-established harmony of occasional causes; physical pre-motion, etc.”

“Cudworth, in his System Intellectual (§2), reckons four species of atheists among the ancients:

It is well to observe, that the most learned natural philosophers of antiquity have been atheists, either openly or secretly; but their doctrine was always opposed by the superstition of the uninformed, and almost totally eclipsed by the fanatical and marvelous philosophy of Pythagoras, and above all by that of Plato.”

Quotes | By
The following are quotes by Cudworth:

“Anaximander was the chief of the old atheistic philosophers.”

References
1. (a) Hylozoism – Wikipedia.
(b) Rucker, Rudy. (2008). “Everything is Alive”, Submitted to the Kyoto ‘What is Life’ Conference October 2007; RudyRucker.com.
2. Gassendi, Pierre. (1649). Arrangement of the Philosophy of Epicurus (Syntagma Philosophise Epicuri), in: Volume 3 of Works (sect. 3. cap. 7. p. 38). Publisher.
3. Cudworth, Ralph. (1678). True Intellectual System of the Universe: Wherein All the Reason and Philosophy of Atheism is Confuted, and Its Impossibility Demonstrated, with a Treatise Concerning Eternal and Immutable Morality, in Three Volumes (translator: John Harrison) (vol. 2, pg. 599). Thomas Tegg, 1845.