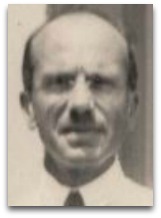 In science, Ralph Stayner Lillie (1875-1952) was a Canadian-born American physiologist noted for nonmechanistic and nonmaterialist philosophy of animate organisms, specifically in the areas of free will, vitalism, and the origin of life. [1]

In his 1927 article “Physical Indeterminism and Vital Action”, he uses the Heisenberg uncertainty relation to argue for a neurological based free will, namely that deliberate actions of the organism, in particular humans, are non-deterministic at the neurological level and hence subsequently at the psychic-choice level. [2] Lillie’s 1927 paper, although discredited as early as 1928 by Joseph Needham, tends to be the first historical citation in modern uncertainty principle based free argument articles, or at least crediting him as having been the first to make such an argument. [3]