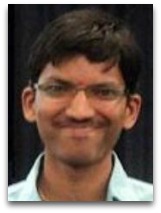 In human thermodynamics, Ravi Vedula (1988-) is an Indian mechanical engineer noted for []

to explain human bonding as a reaction.

“A video was made by the authors on the same concept with the title as “A strange thing called love”. The plot of this video is that a man falls in love with nine girls and that day comes when he is supposed to make a decision on choosing ‘the one’. Surprisingly in the early 1800s, Johann Goethe published a book named Elective Affinities based on a similar concept of love and marriage relations among two couples. It is a pure coincidence and the current authors actually didn’t know about it until they started preparing this article.”

This is what is called, categorically, as the love thought experiment.