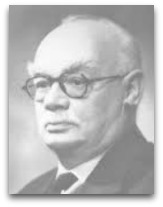 Overview
In 1968, Faulkner published Spell 148 of the Coffin Texts, which gives the original account of the “virgin birth” and the “holy spirit”. [3]

In 1972, Faulkner did an English translation of the Papyrus of Ani (discovered by Wallis Budge in 1888) version of the Egyptian Book of the Dead, the first translation of which being done by Budge in 1895. [1] Faulkner’s 1972 translation, as of 2015, is considered by some, to note, to be the finest version to date, is written in a more standard book with paragraph like form, as compared to the Budge version, which is fragment like English, words placed to match each hieroglyphic.

Education
In 1918, Faulkner began to study hieroglyphs with Margaret Murray, who stimulated his existence-long interest in Egyptian religion. In 1926, Faulkner was invited to become the full-time Egyptological assistant to Alan Gardiner, who with he worked until 1954, when he was appointed lecturer in Egyptian language at University College, London. [2]

Quotes | On
The following are quotes on Faulkner:

“Students of Egyptology all over the world must bless Faulkner for his succinct and reliable editions and translations of Egyptian texts, and for that daily companion of their studies, his Concise Dictionary of Middle Egyptian. Perhaps no British Egyptologist in this century other than his great friend and mentor Sir Alan Gardiner has made comparable contributions to the welfare of the student of the Egyptian language.”