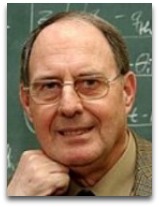 In existographies, Reiner Kummel (1939-) (CR:15) is a German theoretical physicist noted, in human thermodynamics, for his 2011 book The Second Law of Economics: Energy, Entropy, and the Origins of Wealth, in which he argues that we need to begin to incorporate energy and entropy thinking into economics; albeit a derivation that his nearly empty.

Overview
In 1997, Kummel published “Energy and Economic Growth” (“Energie und Wirtschaftswachstum”), which was his first first paper on thermodynamics and economics.

In 1980, Kummel published Growth Dynamics of the Energy-dependent Economy.
In 1984, Kummel published Energy and Justice (Energie und Gerechtigkeit).
-
In c. 2005, Kummel began teaching a course on “Economics and Thermodynamics”, at University of Wurzburg, with notes about the energy slave concept, among other topics, soon thereafter.

In 2011, Kummel, in his The Second Law of Economics: Energy, Entropy, and the Origins of Wealth, argued that we need to begin to incorporate energy and entropy thinking into economics. His central thesis, which he calls the "second law of economics", is that wealth creation by energy conversion is accompanied and limited by polluting emissions that are coupled to entropy production. He argues that we need to begin teaching students about the basics of economic thermodynamics, if we are to avoid, the shrinking of natural resources, environmental degradation, and increasing social tensions. [1]
Education
Kummel completed his BS in physics in 1964 at the Technische Hochschule Darmstadt and PhD in physics, thesis thesis “Film Thickness dependent quantization effect in tunnel junctions; Studies on the intermediate state and mixed state of superconductors, type I and II” (“A. Schichtdicken-abhängiger Quantisierungseffekt in Tunnelkontakten ; B. Untersuchungen zum Zwischenzustand und gemischten Zustand von Supraleitern I. und II.”), in 1968 at the University of Frankfurt/Main, based on thesis research done under American theoretical physicist and electrical engineer John Bardeen at the University of Illinois, Urbana. Since 1974, Kummel has been a professor of theoretical physics at the University of Wurzburg, Germany. [2] Kummel went into semi-retirement in 2004.