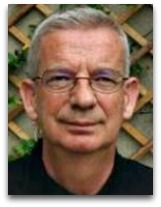 In hmolscience, Remy Lestienne (c.1943-) is a French elementary particle physicist and neuroscientist noted his 1990 to 1998 publications wherein he uses the devices of entropy, chance, and time to theorize about being and supposedly becoming.

Overview
In 1990, Lestienne, in his The Children of Time: Causality, Entropy, Becoming, produced chapters on entropy and information, dissipative structures, what is life, the mind and time, among others. [1] A good part of the book on entropy seems to center on the ideas of Belgian chemist Ilya Prigogine; albeit Lestienne does have a good grasp as to the contributions of the founders of thermodynamics, e.g. Carnot, Clausius, Boltzmann, etc..
In 1998, Lestienne, in his The Creative Power of Chance, supposedly, devotes four chapters to an attempt to reconcile an information interpretation of entropy with a thermodynamic interpretation of entropy with recourse to "randomness in dynamic systems". [2]

Education
Lestienne began as a researcher at the French National Center for Scientific Research in 1962, then did work in high energy physics at Ecole Polytechnique, Paris, and at CERN, Geneva. In the 1980s, he turned to work in biology and neuroscience, working at various neuroscience sections of various universities, e.g. USC, 1985 to 1987, University of Paris, 1987 to 1990, among others.
In 1995, Lestienne was the research director at the Centre national de la Recherche Scientifique, France.