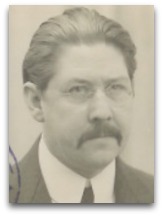 In existographies, Rene ‘Aor’ Schwaller de Lubicz (1887-1961) (IQ:175|#270) (CR:14), oft-cited as “Schwaller” (Ѻ), “Schwaller de Lubicz”, or R.A. Schwaller de Lubicz, was a French-German chemist, physicist, Egyptologist, religio-mythology scholar, and thing philosopher, comparable to Goethe and Thomas Jefferson, in some ways of thinking, e.g. in respect to universal philosophy, noted for his 1949 two-volume The Temple in Man, wherein he defines life as the “faculty of reaction”, which he applied to everything, animals, vegetables, and minerals. [1]

Life | Reaction faculty
In 1949, Lubicz, in his The Temple of Man, gave the following interesting definition, in chemical upgrade to the concepts of sex, reproduction, and death:

“I propose the following definition, which is applied to everything, including minerals: ‘life is the faculty of reaction.’ Everything in the universe tends toward inertia, or absence of reaction. The proof of this inertia, which thermodynamics seeks in ‘absolute zero,’ has never been given, nor will it ever be, because absolute inertia can only be attained through the cessation of the formed matter or ‘thing’. This would be the moment the thing ceased to exist. Everything ‘existing’ is capable of reaction, insofar as it has ‘weight’, that is, fixed or specific energy. The vital phenomenon is the faculty of reacting, and to manifest itself this reaction requires a resistance of the same nature as the action.”

This "existing formed matter with reaction faculty" definition of life, to note, seems to have some comparison to Libb Thims' circa 2014 introduced term "existive", short for "react-ive exist-ence" as a life terminology upgrade for the defunct them "alive".

Education
Lubicz spent his childhood doing chemical experiments, dreaming, painting, in the forest, ruminating on connections between art and science.

At age 7, supposedly, had a revelation about the nature of the divine; at 14, he had a revelation about matter. He then moved to France to study painting with Matisse, during which time he became influenced by the ideas of Henri Bergson, along with alchemical works, e.g. Paracelsus and Ramon Llull, while at the same time studying modern physics, particularly Albert Einstein and Max Planck. [2]

Quotes | By
The following are quotes by Lubicz:

“We were appealing to another power in us which comes from our innate consciousness, the source of the sense of harmony. If it is effective, this power will be the reason for genius, for creative thought, creative in the sense that it works ahead of the known, the classified. Isn’t it this consciousness of a new way, dictated to today’s decadent world, which impels artists to destroy the idols of yesterday in order to attempt irrational expressions? They seek a concordance of the elements of “sensations,” ignoring the rational combinations which only satisfy the inertia of acquired habit. Atmospheres, images, and forms are created to evoke a feeling, an emotion, to provoke a vital reaction. Art is the herald of the mentality of a period, the harbinger of its innermost tendency.”

“Sages leave speculation to the idle, and contemplate nature.”