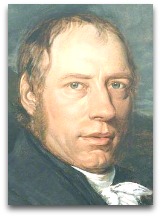 Influences
A scientific advisor to Trevithick was Davies Gilbert. [2]

Overview
In c.1801, Trevithick built some type of steam engine locomotive prototype, such as shown below: 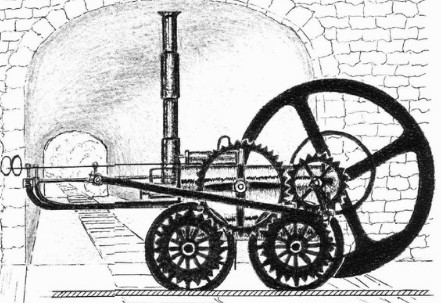 In Feb 1804, Trevithick made a trial run with a steam locomotive on the rails of a Welsh coal road, supposedly hauling 10 tons of iron, 70 men, in 5 trailing cars, for 9.5 miles, at 5 mph, aside for stopping to remove obstacles from the track; this is said to be the first time a steam locomotive ran on rails. [1]

In 1808, Trevithick demoed a railway exhibition in Euston Square, London, wherein he had paid visitors come into his fenced in arena to see his train go on rails in a circle, as shown below: [1] 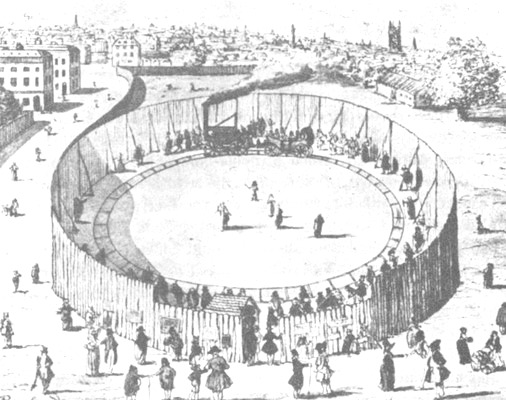