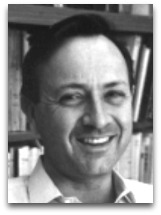 In existographies, Richard Adams (1924-2018) [CR:52] is an American anthropologist noted, in anthropological thermodynamics, for the continuation of the work of Leslie White, i.e. using thermodynamics and evolution as a basis, resulting in his Energy and Structure (1975) and The Eighth Day (1988), among other publications, wherein, e.g., he attempts to extend what he calls the "Lotka principle" into anthropology.

Overview
In 1975, Adams, in his Energy and Structure: a Theory of Social Power, argues that the social power and anthropological studies of energy processes are based on the first and second law of thermodynamics. [1] In short, Adams argues that social power is based on control over energetic processes. [2] Herein, he cites and conjectures on individuals and topics such as: Claude Levi-Strauss, dissipative systems, Erwin Schrodinger, Alfred Lotka, energy forms, embodied energy, maximum power principle, Nicholas Georgescu-Roegen, Howard Odum, Leslie White, Maxwell’s demon, negative entropy, among others.

In 1988, Adams in his The Eighth Day: Social Evolution as the Self-Organization of Energy, as reviewed by Juan Martinez-Alier, argued, using concepts such as "trigger action" and "autopoiesis", that energy processes provide a basis for explaining, comparing, and measuring complex social evolution, wherein society is conceived as a self-organization of energy. [3]

Entropy?
In 1988, Adams, in his The Eighth Day, saddles “energy” as his main platform to explain society, but when it comes to “entropy”, he cites the following by Rosen:

“I have never found entropy, information, negentropy and the like to be useful concepts in characterizing organization.”

Then attempts to jettison entropy with the following inanity:

“Various scientists have objected because the ability to measure the creation of entropy has meaning in a closed system but becomes questionable in an open system. Indeed, the whole notion of entropy is of doubtful utility in the present analysis because it deals with something for which we have no means to measure in social systems and is about something of essentially little interest to us.”

This is a super-mess, indeed. Adams, here, in short, seems to be siding with the “non-applicable” view, as opposed to the “applicable” view. The above translated to the confused statement that: “heat is something of essentially little interest to us in social systems”.

Education
Adams completed his BA in 1947 in anthropology under the tutelage of Leslie White at the University of Michigan, and his MA in 1949 and PhD in 1951, the latter on the autonomous development of Muguiyauo, Peru, after which he worked at the University of Texas, Austin, where, in continuation of the work of Leslie, he used thermodynamics and evolution as a starting point for anthropological theory, focusing on energy. [4]

“I can feel the heat, but where’s the light?”

“This [1988] study is the fourth, and most ambitious [45-years work], to issue from a challenge I received as an undergraduate in 1943 to take Leslie White's course 'The Mind of Primitive Man', diverting my attention from a possible career in academic philosophy to a more direct concern for the human process. Its purpose is, simply enough, to see whether human social evolution can be described, mapped, or cast in terms common to the other sciences, most specifically in terms of energy process. It reflects a conviction that for all its uniqueness and indeterminism, our understanding of the human trajectory will be unsatisfactory until it is framed in dynamics that are common to all of nature.”

“One cannot launch a frontal attack on this problem of [explaining] ‘human experience’ via the [language] of one ‘common universe’. The present study attempts to do this by taking the only concept that I have found to be potentially useful to both the social and physical sciences—energy—and exploring how it may contribute to establishing common ground between the two areas.”

“The argument herein is that the activities of the universe, including human activities, belong to a single universe of processes. The problem lies in the fact that we are the observers [see: advanced perspective] and, in monism, observers are part of the observed. There are serious theoretical obstacles in self-observation and in self-description.”

“This essay, on the study of energy and society, does not attempt to bring together, evaluate, and select among the growing literature on applying energy models to human society. Almost all, including the present effort, are speculative and somewhat experimental (in the sense of waiting to see if anyone salutes). The state of the art, however, is not appropriate for such an evaluation at this time. The reason is simple. Until models are applied and comparatively ‘tested’ or at least compared, there is no way to evaluate them.”

“Approaches to energy in society fall into three classes. The first concerns commercial energy's role in the contemporary world; the second draws upon community and human ecology [ecological energy]; and the third points in the direction of the present study, that is, the analysis of social process in energy terms.”

“While most readers would have no problem in conceiving of coal or petroleum as energy forms, the present argument requires that we also regard human beings, human behavior, social groups, and assemblages of social interactions as energy forms. Similarly, mental processes located in the brain, writing on paper, and soundwaves in the air are also energy forms. The inclusion of all these different kinds of things as energy forms is legitimate because all of them meet the definition.”

“It is clear that we exercise no control over gravitation.”

“Just as the governor on the steam engine balances centrifugal force against the force of gravity or of a spring to open or close a valve, so the leader’s special knowledge of the tendencies of his people permits him to trigger their behavior.”

“While Prigogine’s attention here is on chemical and biological phenomena, his concern is equally relevant to the operation of societies. While we may imagine the bonding and coupling of chemical elements through electromagnetic attraction or the basic force that holds the nucleus of atoms together, we daily experience and contend with the forces and attractions that seem to hold people in social relations. We can feel in our viscera and conceptualize in our mental models the ‘reason’ that we hold onto a job or divorce a spouse. The bonds and forces of society (see: human chemical bond; social bond) are utterly different from those of atomic or chemical reactions, but the fact in common is that complex things must be constructed and that it costs energy to bring this about.”

“Boundaries pose a problem for sociology.”