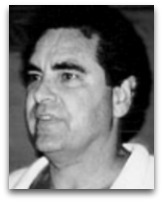 In hmolscience, Richard Brown (1940-2003) was an American sociologist noted for his PhD dissertation turned 1977 book A Poetic for Sociology: Toward a Logic of Discovery for the Human Sciences, wherein he includes a fairly cogent chapter on what he labels as metaphor, being a historical on materialistic humanities theorists, with discussions of human physicists such as Thomas Hobbes, Jeremy Bentham, John Q. Stewart, and Jacob Moreno, to name a few.

Metaphor
Nearly half of Brown's A Poetic for Sociology, specifically 94 of 220 pages (43 percent), is devoted to a discussion of “metaphors”, whether molecule or machine, as he calls them, in sociology. In his acknowledgements section, he credits the following as the backbone of this chapter: [2]

“For Chapter 4 on metaphors, Mary Hesse’ Models and Analogies in Science [1963], C.M. Turbayne’s The Myth of Metaphor [1962], and Douglas Berggren’s [1962-63] essay in the Review of Metaphysics were of central importance as sources for many basic ideas, analytic categories, and examples. Paul Diesling’s [1971] Patterns of Discovery in the Social Sciences also provided important insights and examples. George Lundberg, the positivist, was accidentally rebaptized as Ferdinand Lundberg, the Marxist!”

“Most sociology imitates physics and justifies itself in terms of positivist epistemology. In contrast, the more humanistic sociologies are truer to the data, yet they appear to operate in the realm of intuition, to be a matter of interpretation rather than of truth.”

“As the vocabulary of physics has changed so has that of physicalistic social scientists. The simple levers and inclined planes of Galileo have given way to the dynamo, electromagnetism, and the computer.”

“Given the ‘lag’ between the source of such metaphors in physics and their use in sociology, we await the discovery soon of social protons, neutrons, and neutrinos.”

“A crucial test of the power of the metaphor is whether its opponents wind up using it themselves.”