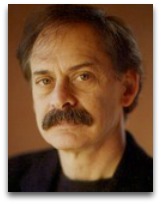 Overview
in 1987, Friedman, in his Who Wrote the Bible, cited by Gary Greenberg (1996), starting with Thomas Hobbes intelligently argued position that the Pentateuch was not written by Moses, followed by Benedict Spinoza's views, among others, outlined a history of the documentary hypothesis. [1]

Quotes | By
The following are quotes by Elliot:

“In the third stage of the investigation, investigators concluded outright that Moses did not write the majority of the Pentateuch. The first to say it was the British philosopher Thomas Hobbes in the seventeenth century. Hobbes collected numerous cases of facts and statements through the course of the Five Books that were inconsistent with Moses being the reputed author of the Pentateuch. It is difficult to name a single person as the ‘founder’, ‘father’, or ‘first to’ of this [documentary hypothesis] enterprise, because a number of persons made contributions that brought the search to some new stage. Indeed, books and articles on the field of biblical scholarship attribute these titles variously to Hobbes, Spinoza, Richard Simon, Jean Astruc, Johann Eichhorn, Karl Graf, or Julius Wellhausen.”

Quotes | On
The following are quotes on Elliot:

“For the history of Biblical textual analysis, I draw primarily upon Richard Friedman’s Who Wrote the Bible (1987).”

— Gary Greenberg (1996), note to statement that Thomas Hobbes was first scholar to argue against Mosaic authorship of the Bible [2]